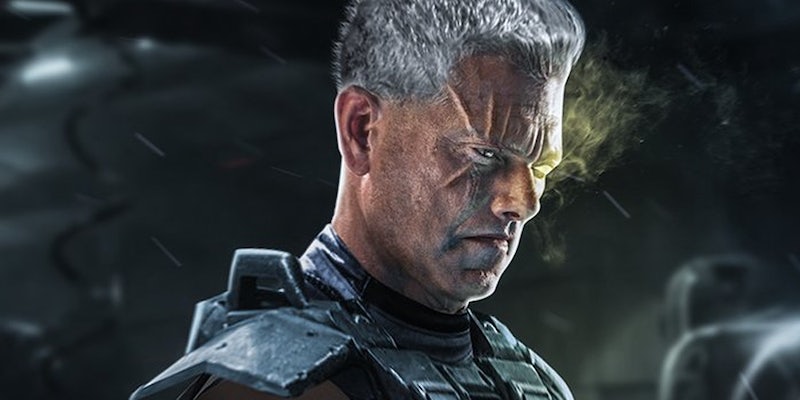 Deadpool 2 has already been given the green light, and Deadpool‘s $300 million box office haul means an X-Force spinoff looks increasingly likely. With that in mind, who is Fox going to cast as Deadpool’s grim-faced partner Cable?

In Deadpool‘s post-credits scene, Ryan Reynolds hinted at a truly wondrous casting idea: Keira Knightley as the time-traveling mutant cyborg Cable. Sadly, this is unlikely to happen for real (although if anyone could swing it, it’s Deadpool‘s creative team), but if you’re wondering what it might look like, fanartist BossLogic mocked up a badass image of a genderbent Cable.

BossLogic’s Photoshopped superhero art is always worth checking out, and he’s a longtime fan of the X-Men franchise. Last year his X-Men: Apocalypse fanart predicted Sophie Turner‘s Jean Grey look with surprising accuracy. He also did Stephen Lang as Cable, and you have to wonder if this art, too, might come true.

Lang is a popular choice to play Cable, mostly thanks to his turn as the grizzled Colonol Quaritch in Avatar. He’s also very receptive to the idea himself, tweeting photos of his impressive biceps to prove that he’s ready to tackle the role.

This kind of fancasting can usually be taken with a hefty pinch of salt, but since Deadpool‘s success was built on a mountain of fanservice, who knows? Stephen Lang as Cable might actually happen.