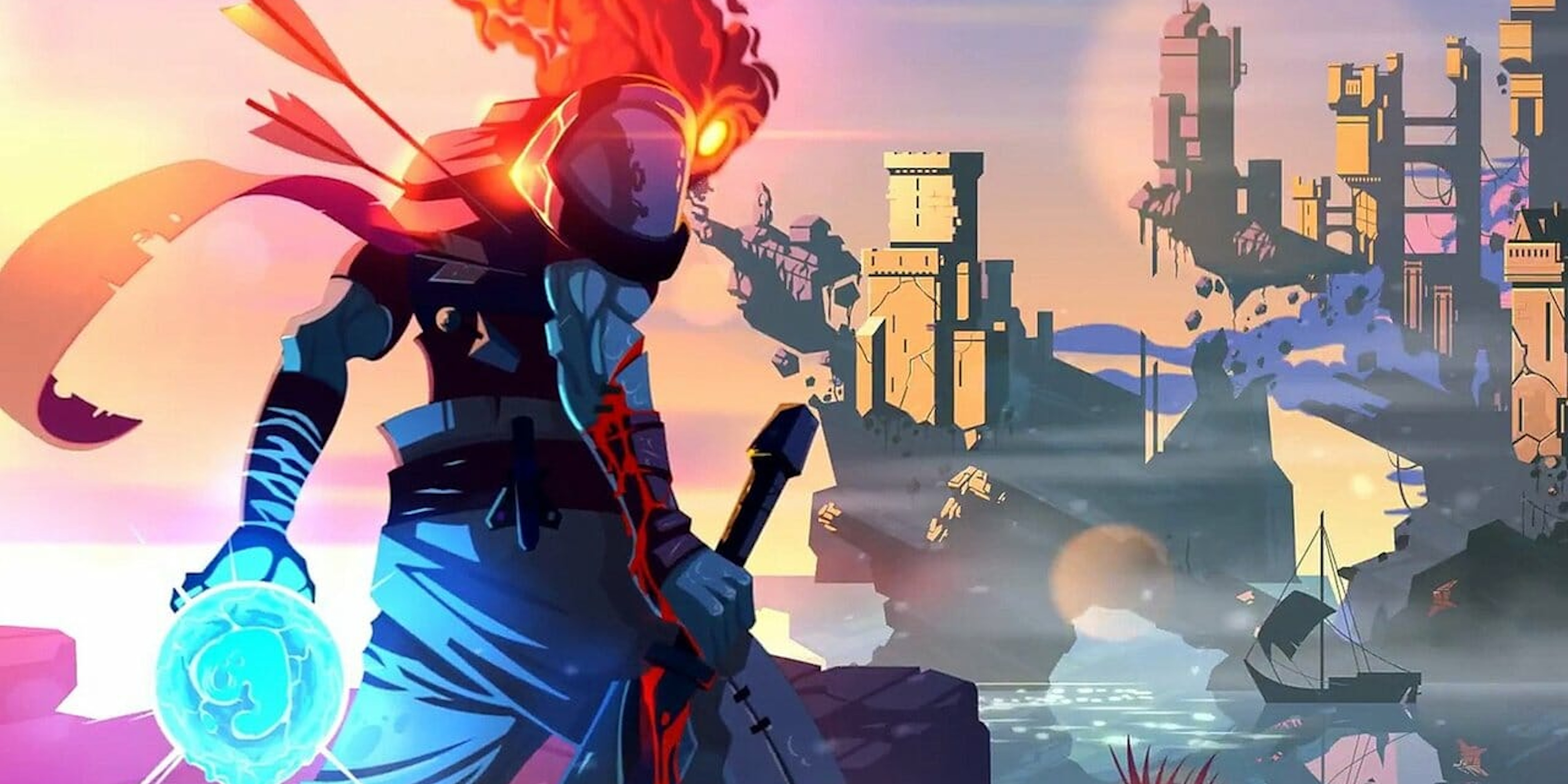 Embark on a nightmarish adventure in the near-perfect Dead Cells

A layer of masterful polish make the never-ending loop of Dead Cell's gameplay a joy to behold.

Death is the most definitive fail state a game can offer. What better way is there to make the player feel they’ve lost? If you run out of attacking ships in Galaga, you’ve failed. If you fall into a spiked pit in Super Mario, you’ve failed. If another player picks you off from across the map in Fortnite, you’ve failed. Dying has long been the way a game’s designers communicate tension, giving players a challenge to rally against and making fear of failure ever present.

Dead Cells wants you to embrace this fear.

While the massively popular roguelike genre already embraces permadeath and the threat of losing progress, Motion Twin has pushed the “live, die, repeat” loop to new heights. Players will repeatedly trek through a cavernous castle, fighting monsters and uncovering secrets. Dead Cells borrows from the best 2D Zelda games, Metroid, and Dark Souls to emerge as one of the finest action games of all time.

At the beginning of your quest, a blob of living cells drops into a dungeon and reanimates the corpse of a fallen warrior. This is all the story you’re provided. You once were dead, but have been given a second chance. That second chance turns into a third chance, and so on.

Where other games in this style force players to start from scratch at the unfortunate end of their dungeon run, Dead Cells affords something new each time “Game Over” appears. You aren’t just losing the weapons and gold you’ve collected when you return to the starting screen; you have fundamentally changed the world at large. For example, the first time you set out, you’re given no guidance. After you get killed (and you certainly will get killed), a mysterious figure waits for you in the opening chamber. Through ominous dialogue, NPCs such as this provide tips for both the player and the character.

Dead Cells’ design excels by crafting a world that feels completely immersive but capable of implicitly guiding a newcomer through. In the first hour alone, so many changes occur incrementally to build confidence rather than tear it away. Players start with literally nothing in Dead Cells. No equipment, no tutorial, no understanding of the setting. Only through forward momentum is the core experience of this roguelike revealed.

Where minute-to-minute action harkens back to the platforming of Castlevania, the overarching structure riffs on Dark Souls’ gleeful punishment. When you die, you drop what you’ve gained in that life. Everything is gone for good, and the next time you start, there will be a new, random set of tools for you to play with. The map changes as well, along with the enemies that inhabit it.

Procedurally generated environments often play into a game of this variety’s appeal, as it cannot be mastered by rote memorization. But the elements that are altered in Dead Cells never feel too random to conquer. Each change is effective in throwing off your strategy but also balanced by giving you a path to succeed. Thanks to the progression mechanics, you also get the sense that each run actually matters in the long term.

As you move through the castle, you collect cells from the enemies you defeat. If you safely pass through an area, you’re given the chance to cash in those cells for upgrades and weapons that will help you in subsequent quests. Some unlockables boost your health, change the weapons you start with, or even let you preserve some gold after death. Even if you can’t purchase one in that moment, you’re making progress toward a different experience.

These moving goal posts only serve to motivate the player’s experimentation. You can try different character builds, emphasizing ranged weapons over swords or even highly effective traps and grenades. With each run comes the opportunity to add variety to your play style, even though the core combat is untouched in the long run.

Thankfully, Dead Cells has superb controls. With the need for precision and perfection in every second, confusing mechanics would only frustrate the experience. Easy-to-master combat coupled with fluid animations for every single character ensure that all actions are clearly communicated. Nothing feels cheap in Dead Cells, nor is cracking an enemy’s pattern ever unfair or obtuse.

I often find myself irritated by games that take more than they give: dropping high-level enemies out of nowhere, hiding one-hit kill traps inconspicuously, or nearly forcing the player to look online for solutions to puzzles. Where Dead Cells differs from this formula is in a sense of tangible progression. I may get killed by the same boss a dozen times, but I feel angry at myself for missing a cue to attack, not at the game for layering on oppressive challenges. Artificial difficulty is often a crutch used to bolster a game’s reputation, leading to the chest-thumping and shaming found in some fan communities.

Dead Cells makes the player feel powerful at every turn. With a great weapon variety, you can tailor the hack-and-slash mechanics to your own taste. With open-ended level design, you can blast through the maze or crawl over every stone at a snail’s pace. With the only objective being to better yourself for the future, you can decide what denotes a successful run over a failure. This is a game that opens a conversation to its player, allowing for natural expression through organic gameplay.

Thanks to hand-crafted pixel art and evocative sound design, the world of Dead Cells is compelling and memorable. Dank caverns feel steamy and slimy, and all enemies feel like living creatures. This is an intense experience, a true fight for your life, but it’s also one of the most enjoyable games you could ever ask for.

This review was published based on a Nintendo Switch copy of the game provided by the publisher. Dead Cells releases on PC, PS4, Switch, and Xbox One on Aug. 7.