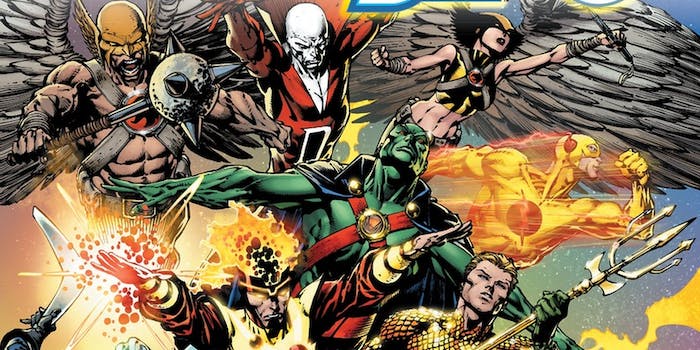 DC comics to read before the ‘Legends of Tomorrow’ premiere

Get ahead of the curve with these essential comics featuring the Legends of Tomorrow in action.

The CW’s upcoming Arrow and Flash tie-in series Legends of Tomorrow is garnering all kinds of buzz, and we’re already predicting that at least one member of its ginormous ensemble cast will break out in 2016.

Unlike other superhero leagues that spring to mind, the Legends aren’t exactly, well, legends. So you’re probably not alone if you’re looking for a crash course in just who exactly these people are.

Luckily, DC Comics has given us a handy readers’ guide to the must-read comics you need to prep for the series premiere on Jan. 21. These comics may not elevate you from your position as a lowly barista into an ass-kicking superhero, but they will help you talk about Hawkgirl and Vibe when they come up in your next geeky conversation. 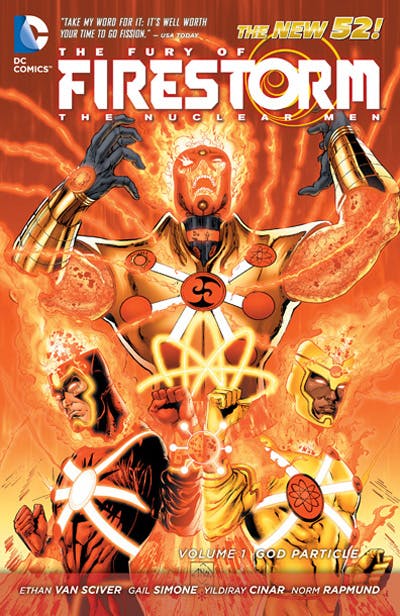 Firestorm’s backstory is kind of nuts. He’s actually (usually) a fusion of two entirely different characters whose identities have varied over time. The first version involved a high schooler named Ronnie Raymond whose athletic body fuses with the mind of brilliant physicist Martin Stein due to a nuclear accident. In the most recent version, Stein is a catalyst while the fusion occurs between Ronnie and another boy, Jason Rusch. Written by Ethan Van Sciver and Gail Simone, with art by Yildiray Cinar and Sciver, this series sets the stage for the CW spinoff by introducing you to Stein and the unlikely duo behind Firestorm.

DC kicked off its speculation of a third Flash/Arrow spinoff last season by introducing this character’s two component parts on The Flash. But which two parts? The show has opted to have Martin Stein as the “brains” of Firestorm, while Ronnie and Jason have been phased out in favor of a brand-new character—a third young athlete named Jax Jackson. 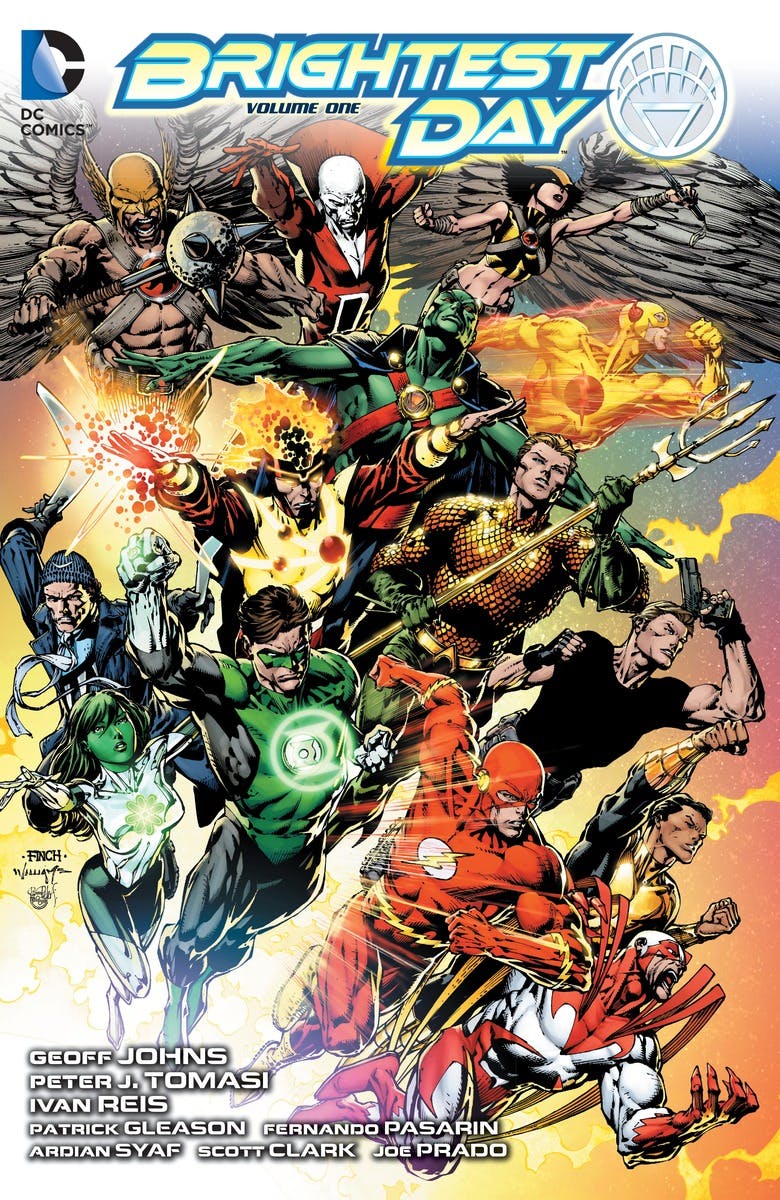 The Brightest Day was a year-long arc touching all corners of the DC Universe (DCU).  It dealt with a previous arc called Blackest Night that centered on a number of heroes and villains, several of which show up in Legends of Tomorrow. Written by Geoff Johns and Peter J. Tomasi, with art by Ivan Reis, the series serves as a good introduction to Hawkgirl, Hawkman, and their dystopic homeworld of Thanagar, conveniently nicknamed Hawkworld.

This arc is also key to understanding Firestorm. In his Ronnie/Jason incarnation, the “nuclear man” explores the Firestorm Matrix that allows his weird fusion to happen. We also get a look at another key Legends hero, Rob Palmer, a.k.a. the Atom, including his tortured past and his tense relationship with the Firestorm duo. 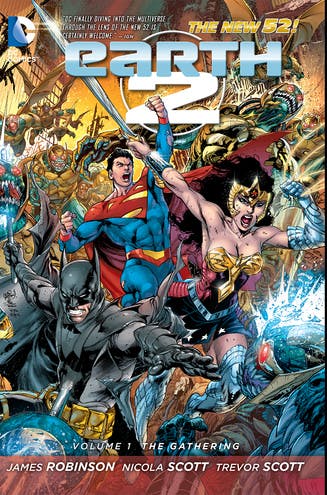 Marvel and DC each have their own multiverses, and DC’s most popular “other” Earth is Earth 2. In this series, readers get introduced to a reboot of the Earth 2 continuity, as Hawkgirl takes center stage in a team-up with Barry Gordon (Flash) and the Green Lantern. In this series we find out a lot more about the Legend incarnation of Hawkgirl, Kendra Saunders, and her deep friendship with Katar Hol a.k.a. Hawkman. The Atom is back, too, and the series explores his conflicted dynamic with Hawkgirl. Additionally, Earth 2 gives us a glimpse at some of the time traveling we can expect from Legends of Tomorrow.

4) The Flash: The Dastardly Death of the Rogues 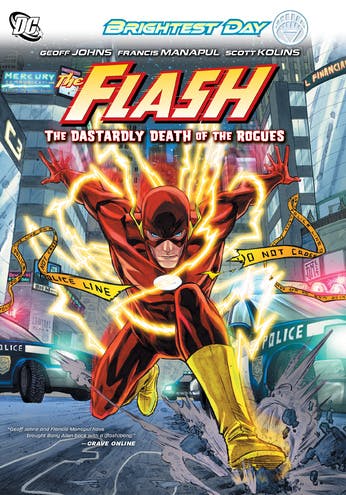 This zany six-issue mini-series by Geoff Johns and Francis Manapul is a great arc for fans of Barry Gordon, but it’s also packed with more time-traveling and a superpowered ensemble of characters. Villainous Legends Captain Cold and partner Heat Wave are here, along with their ragtag gang of criminals, the Rogues. The Rogues include Flash villain Vandal Savage and a number of other frequent Flash antagonists like Mirror Master and more. You can expect to see these guys show up frequently on Legends of Tomorrow—along with, hopefully, time-traveling cops from the future! 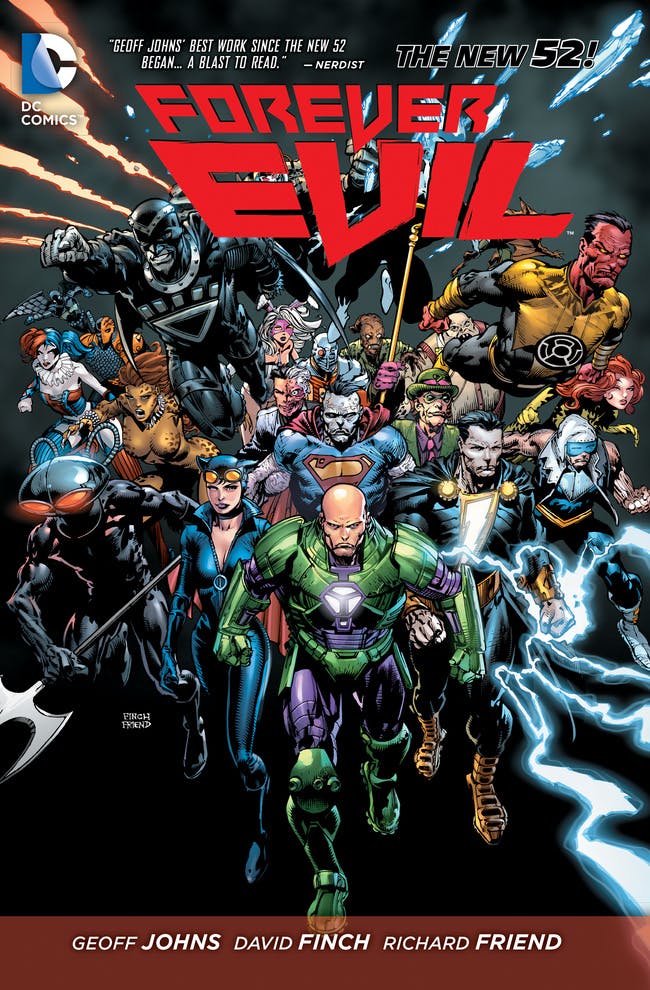 Geoff Johns returns with beloved DC artist David Finch for this DCU event. The Firestorm Matrix comes into play once again here, trapping most of the DC heroes. Firestorm faces off a zombie alternate universe (AU) version of part of himself (it’s complicated) called Deathstorm, who is himself facing off against Captain Cold and the Rogues. The arc Forever Evil: Rogues Rebellion further follows Captain Cold and Mirror Master as they fight Deathstorm and try to free their fellow Rogues from an AU Poison Ivy. 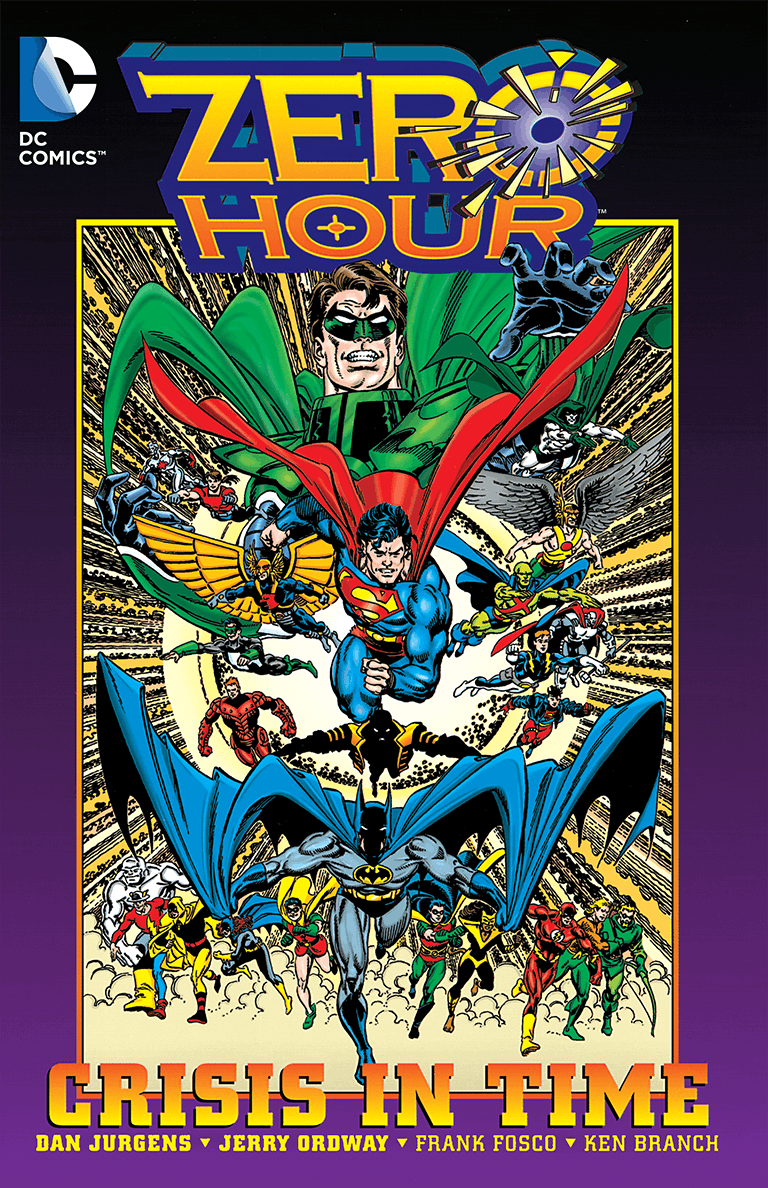 This ’90s crossover event applied creators Dan Jurgens and Jerry Ordway to the issue of DC’s timeline-hopping. The DCU’s early futzing of time and continuity does a number on Hawkman’s personal timeline, and Zero Hour attempts to smooth it all out for him. However, in the process, it introduced a horde of different AU identities for Hawkman, along with a few more for Hawkgirl. Our favorite birdman gets to be, briefly, a sublime fusion of all these alternate Hawkmen known as Hawkgod—but ultimately there’s only one Katar Hol.

Above all, each of these comics will give you a sense of the zany realm that Legends of Tomorrow promises to occupy. Far from the pomp and gravitas of Gotham, these comics burst with energy and action, a rotating cast of ensemble characters, and more time-and-space hopping than any other part of the DCU.

After you’ve gotten a few of these under your belt, Legends‘ premise of superheroes hanging out in the ’70s will be a walk in the park.