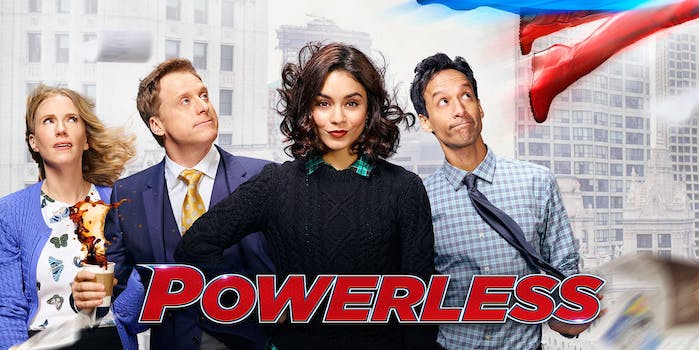 Watch the trailer for the new DC Comics sitcom ‘Powerless’

'Powerless' is not like any other superhero show you've seen

DC Comics sitcom Powerless is a new direction for superhero adaptations, focusing on everyday civilians behind the scenes.

Now, the main characters are employed at a subsidiary of Bruce Wayne‘s Wayne Enterprises, developing gadgets to help people protect themselves from super-powered accidents.

Bruce Wayne is unlikely to appear in the show, and Powerless isn’t directly linked with any of the other DC adaptations on air right now. However, it’s exactly the kind of show to include plenty of callbacks to little-known comics and characters, so we’re interested to see how it fares with fans.