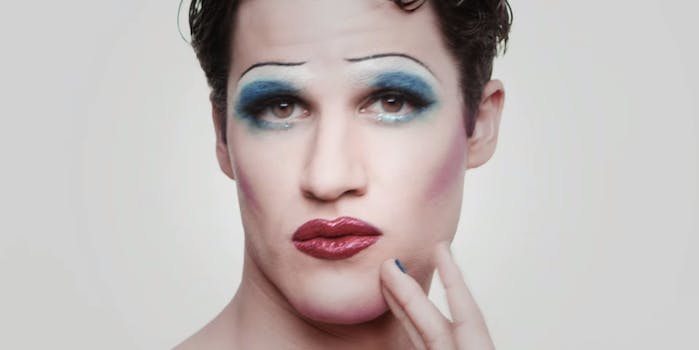 This goodbye is coming with charitable good will.

Darren Criss fans weren’t satisfied with simply filling the seats for his final performance in Hedwig and the Angry Inch this weekend. They wanted to send the loved former Glee star and new Emmy nominee off with a flourish.

In that vein, a group of dedicated fans organized a virtual buyout of his final performance, The Belasco Buyout, which is raising money for LGBTQ+ charity. It immediately exceeded their expectations.

“So many of his fans all over the world were unable to attend Hedwig so we though why not give them an opportunity to be there in spirit,” said Amanda Gauvin, one of the fundraising drive’s creators.

The conceit is simple: The Belasco Theater has 1,016 seats, so the organizers sought a $1 donation per seat for the total of $1,016. That would virtually “buy out” the final show. They quickly realized they could do much more.

“We launched the fundraiser the morning of Pride and by curtain of Hedwig’s special performance at 7pm, we were already half way,” explained Gauvin. “It reached the goal in less than 24 hours and doubled in 48.”

The fundraiser currently stands at $5,200 with two days left before Criss finishes his run. Broadway’s Hedwig already supports the Hetrick-Martin Institute, an LGBTQ+ youth social service organization, so the fans decided to put their charitable dollars toward the same place.

“We’ve been working with the Hetrick-Martin Institute directly the entire campaign; the whole HMI team kept telling us that they’ve never seen fans do something like this before,” said Gauvin. “When we told them that we had surpassed $2,500, they were in shock.”

This is not the first time Criss fans have raised money in his name. Most notably, during his stint on Glee, a group of Klaine fans—that’s his character Blaine paired with Chris Colfer’s Kurt—founded The Box Scene Project, which raised tens of thousands for charitable organizations and helped encourage the network to release cut scenes of the duo.  The Belasco Buyout organizers says they’ve seen widespread giving from Criss’ fanbase.

“We’ve had donations coming in from all over the world—Germany, Russia, Italy, Australia,” said Gauvin. “Quite a few people have donated $100 or more, which is amazing considering we asked everyone to donate just $1. Over 300 people have donated, some who saw the show multiple times and others that couldn’t make the trip.”

Criss closes his run on July 19, and Taye Diggs takes up the wig and heels after him starting July 22.

Screengrab via Hedwig on Broadway/YouTube.