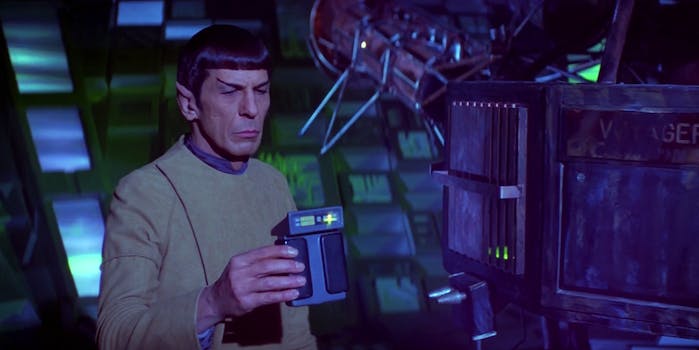 This fan edit may make you reconsider the quality of 'Star Trek: The Motion Picture.'

The first Star Trek movie, Star Trek: The Motion Picture, was not exactly… good. Taking inspiration from 2001: A Space Odyssey, it combined gorgeous visual effects with a slow-moving plot and very little humor. In other words, it was the polar opposite of the Star Trek people knew and loved in 1979.

However! If you add Daft Punk, it puts a very different spin on things.

Vimeo user Patrick Collins came up with an interesting way to highlight The Motion Picture‘s good points, editing a 22-minute recut with Daft Punk’s soundtrack to Tron: Legacy. It’s basically an extra-long fanvid, reveling in the beauty of the film’s sci-fi visuals.

2001: A Space Odyssey was never a good fit for the Star Trek franchise, but this video may make you reconsider the qualities of Star Trek: The Motion Picture.