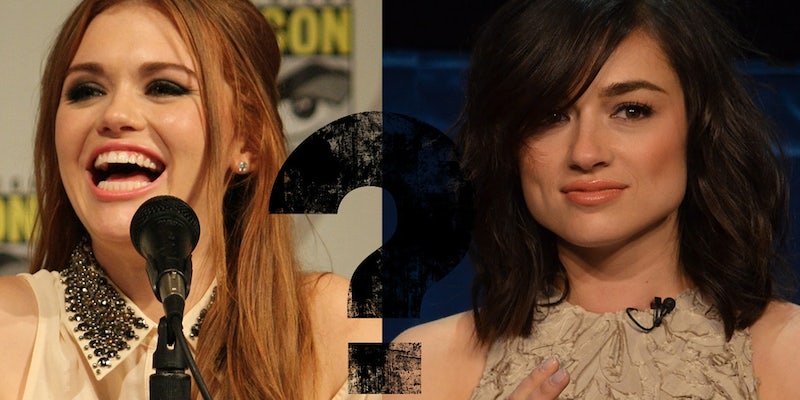 Warning: Spoilers and tears ahead as Teen Wolf says goodbye to one of its main characters.

“HOW COULD YOU DO THIS TO ME JEFF DAVIS,” wrote xmelodiax on Tumblr last night after the penultimate episode of this season’s Teen Wolf.

After a controversial season that has brought with it numerous rough tides for fans, Davis, the show runner, pulled out a shocker in Season 3’s next-to-last ep last night that no one saw coming:

Spoilers ahead! Don’t read if you haven’t watched the most recent episode of Teen Wolf and wish to avoid knowing what happened in last night’s plot. 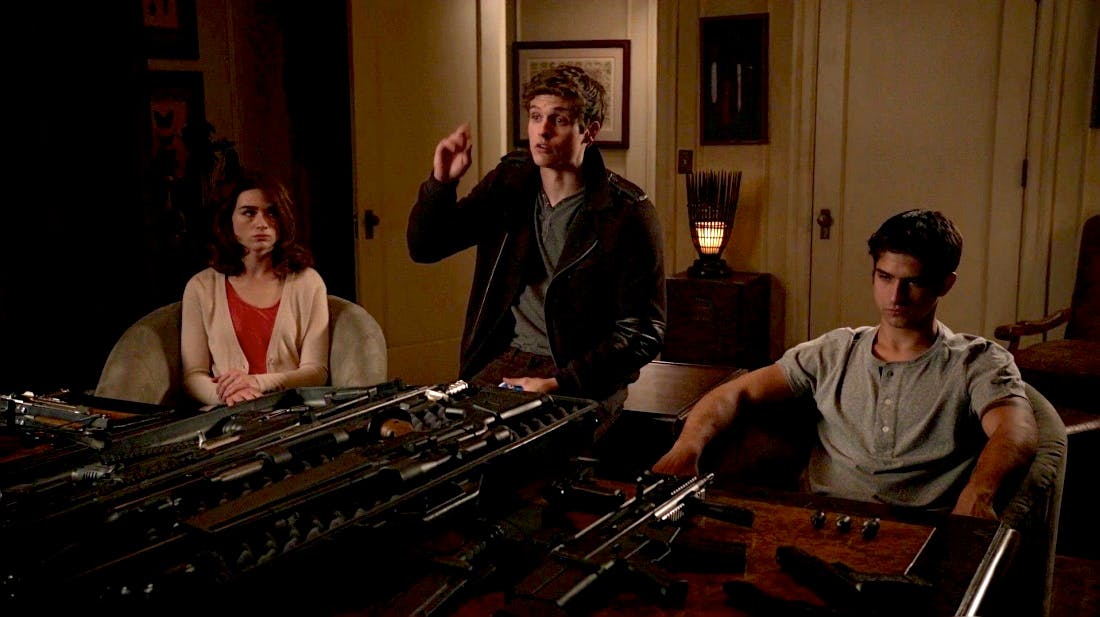 He killed off a major character. And not just any major character. Last night, we said goodbye to Allison Argent, the show’s main female character. In a showdown against an Oni (a demon based on Japanese folklore), the bow-wielding hunter met her match.

We feel sorry for anyone attempting to avoid spoilers. Tumblr immediately exploded in capslock and spoiler-laden GIFs after Allison’s heartbreaking last scene—and of course, she died in Scott’s arms.

Davis had won praise from fans for making Allison a strong, complex character, so much more than just a love interest for the titular teen wolf, Scott McCall, or one of Hollywood’s vast trove of disposable women who ultimately exist for no reason other than to advance men’s plot points.

But did last night wipe all that away? Did Davis fridge Allison for the sake of furthering Scott’s manpain?

In a word, no. Allison’s death last night came about because of the actress who plays her, Crystal Reed, made the tough decision to leave the show. In a post-mortem after the big blow came, Reed did an in-depth interview with Entertainment Weekly where she discussed coming to the realization that she’d taken Allison as far as she could go in terms of character development.

She also spoke about how tough it was to be a 29-year-old playing a 17-year-old. Yikes.

Reed made her decision just a few episodes into Season 3, after realizing she wanted to pursue other kinds of acting avenues. But last night she was thinking about the Teen Wolf fandom:

I cant compose a tweet to express my feelings. I Love you all so dearly. #mtvteenwolf

So proud so honored and so humbled to be a part of @MTVteenwolf. Hoping Ally as touched you as much as she has me. xoxo.

Reed likewise had nothing but praise for Davis, calling Teen Wolf a “brilliant show” and noting to EW that he’d been extremely supportive:

It was such a nerve-wrackng day but he’s such a great guy and person. It’s not always that people will always let you leave the show. So I’m really, really grateful for that… I went to Jeff and talked about it and he said, “We’ll write you a great ending.”

But that “great ending” has, like all endings, proven to be controversial. After all, even if Reed herself instigated the plot point, Allison becomes one of many Teen Wolf women who’ve been killed off while the main male cast remains. The ratio of dead female Teen Wolf’ characters to living male ones is huge, even more so after the second half Season 3 and the upcoming addition of several new male characters to the cast. Meanwhile, fans have other reasons to side-eye the decision to kill off Allison. When actor Colton Haynes left the show, his character ambiguously slithered away instead of meeting a definite end.

And Jackson, you’re no Allison Argent.  As undiegirl on Tumblr put it:

Allison is dying because Crystal chose to leave sure – okay but now we only have one main character that is female. They will probably bump Kira up next season but that doesn’t change that THERE IS A PATTERN OF TEEN WOLF KILLING OF SIGNIFICANT FEMALE CHARACTERS MORE THAN MALE CHARACTERS. That’s a fact. It is backed up with with like a bunch of evidence. You cannot argue with that. If you don’t think that is problematic YOU ARE WRONG. End of story.

In large part, the decision to kill off Allison will make it difficult not to use her character as manpain fodder. But there’s another factor to consider, as well: Lydia, Allison’s best friend and the show’s other female lead. If anyone’s going to have a plot arc that’s fueled by angst over Allison’s death, it should be her. (And it would be a great excuse to drive her into Stiles’ arms. Just saying.) And really, if you gotta go, would you rather be an ambiguous question mark, or go out in a blaze of glory, fighting the good fight? We’re pretty sure we know what Allison would think.

But on the bright side, fandom, you’ve still got plenty to look forward to—like Maze Runner, the upcoming star vehicle from heartbreaker Dylan O’Brien, who plays Stiles. So here, fans: Enjoy yesterday’s Maze Runner trailer debut—and try not to think about what fandom will do if we have to say goodbye to anyone else.