A rough guide to the world of crossplay, or cross-dressing cosplay.

If you’ve ever been to a fan convention, you’ve probably seen crossplayers—even if you don’t know the term.

Crossplay is a portmanteau of cosplay and cross-dressing. Basically, it’s the practice of cosplaying as a character of a different gender to yourself.

It’s especially popular in anime and manga fandoms, running the gamut from accurate and detailed costumes from expert cosplayers, to the lasting popularity of middle-aged guys dressing up in “Slave Leia” bikinis for sci-fi conventions. 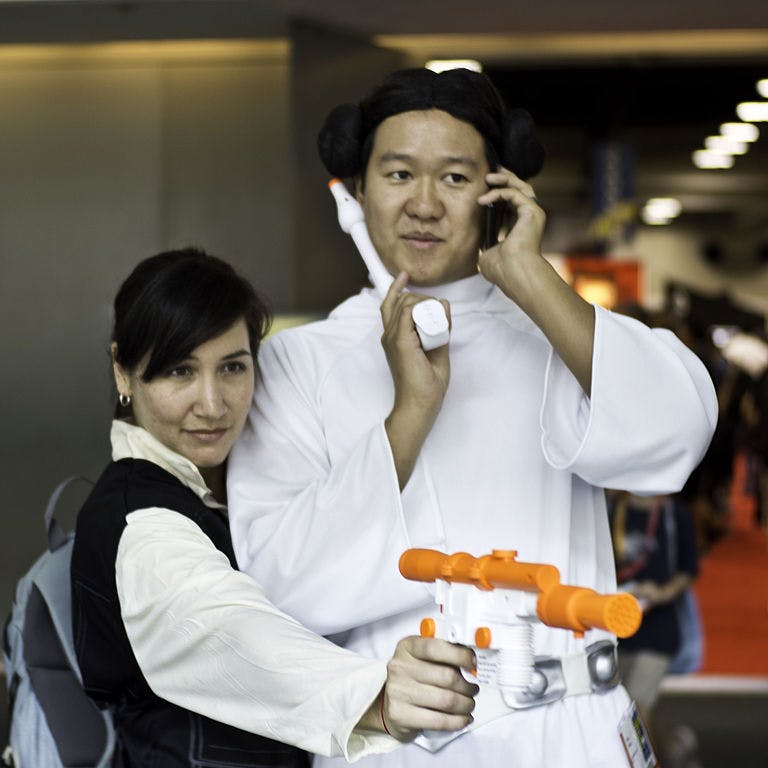 Although crossplayers sometimes run the risk of homophobic backlash or being treated as a punchline (in fact, many of those ubiquitous Bikini Leia guys intentionally choose that costume as a joke), fan conventions can also provide a free atmosphere to experiment with gender roles and fashion choices through cosplay.

You’ll find plenty of crossplay in fandoms for male-led media with a lot of female fans, like Supernatural or Attack on Titan. Over the past few years, there’s also been an increase in roleplaying blogs on Tumblr, where fans record gifs and videos while cosplaying as their favorite characters. At the moment, the Yuri on Ice tag is full of fans making themed photos and videos like this clip of Otabek Altin and Yuri Plisetsky.

Outside of traditional crossplay, you’ll also see a lot of people creating genderbent re-imaginings of familiar costumes. Who could forget this genderbent Justice League team? This seems to be a popular theme in superhero fandoms, often poking fun at the wildly different costuming standards for male and female characters.