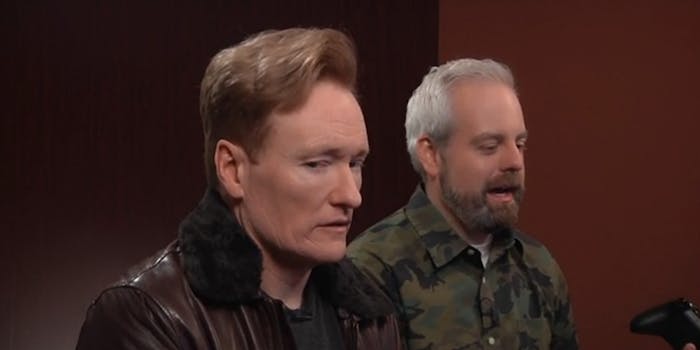 Every deadly assassin has to start somewhere.

Why do people have British accents in Assassin’s Creed: Unity, a game set in 18th century France? That’s what Conan O’Brien wants to know.

In the latest edition of Clueless Gamer, Conan and his gamer guide Aaron Bleyaert take a tour through the latest game in the history-spanning Assassin’s Creed franchise. Unity takes place during the outbreak of the French Revolution. Conan discovers that a whole lot of blood and murder blend right in with the guillotine-centric activities taking place in France around that time.