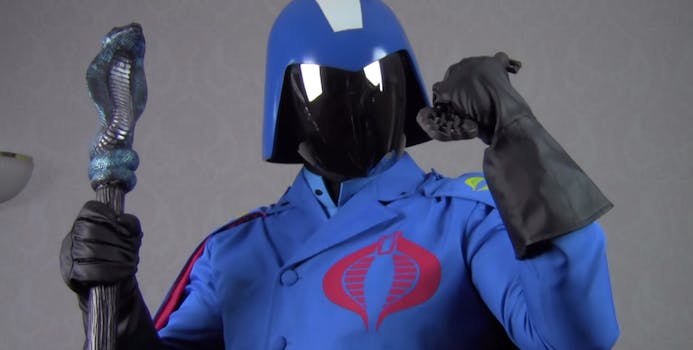 Cobra's bid for world domination begins this April in Illinois.

When diehard G.I. Joe fans pass highway signs for U.S. towns named Springfield, they can’t help but wonder if Cobra Command has a base nearby.

In every non-movie incarnation of the G.I. Joe story, the worldwide terrorist organization Cobra has a base somewhere in the U.S. underneath a town called Springfield. G.I. JoeCon, the annual convention for G.I. Joe collectors, is taking place April 9-12 in Springfield, Ill., and in recognition of that factor, Mayor J. Michael Houston presented the notorious supervillain Cobra Commander with the key to the city.

The key unfortunately doesn’t open any doors, a fact that did not please the Commander one bit, as you can see in this promotional video for the con.

The hapless person meeting all these Cobras, by the way, is Robert Atkins, an artist on the IDW G.I. Joe comic franchise.

If you decide to attend G.I. JoeCon, keep an eye out for this guy. He apparently does the dry cleaning in Springfield. 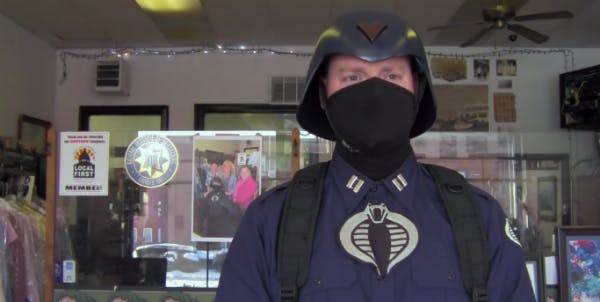