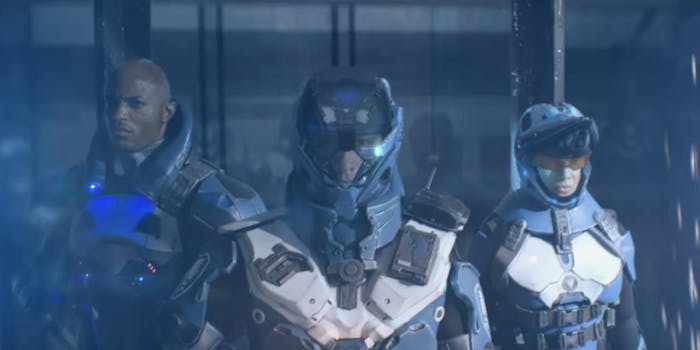 Lawbreakers has the pedigree to bring about a new esport.

It takes place on Earth after an apocalyptic event called “The Shattering.” Humans pretty much messed up the moon, making gravity go haywire.

But instead of taking place in dystopian cities, you will play in an era where humanity has rebuilt. The only caveat is that gravity is still not what it should be, requiring humans to use jetpacks to get around.

The live-action trailer above has gamers wondering: When will we see gameplay? Bleszinski has confirmed that it will be coming later this week.

With the continued growth of esports, and Bleszinski’s competitive game pedigree with Unreal Tournament, we may see the birth of a major competitive game. The development team was also nice enough to release some pre-alpha footage on its YouTube page.

Lawbreakers is set to release sometime in 2016 for PC.