Get ready to lose hours of your life to Civilization: Beyond Earth

My seal of approval on Civilization: Beyond Earth is not based on comparing systems between it and Civ V, or deciding whether Beyond Earth was unique enough to warrant its own release.

I decided that Beyond Earth was a worthy entry in the Civilization franchise because I kept forgetting all the really good reasons why I needed to stop playing the game, like eating food, or getting sleep. “Just one more turn” is the mantra of the Civilization franchise. Once you’ve sunk yourself into a game of Civ you want to keep going to see how the ramifications of your decisions play out.

Maybe you want to set the stage for the next, big strategic leap you intend to make. Maybe you just want to finish a war you started. Maybe you’re on the verge of completing an endgame scientific breakthrough that will immediately require you to retool the focus of your entire civilization, in order to race for the final victory conditions.

In college, I got yelled at for not saving my game of Civilization and going to bed, because the glare of the computer monitor was keeping my roommates awake. When my wife and I were dating, I’d make us late for dinner reservations because I couldn’t stop playing Alpha Centauri, the previous sci-fi themed Civilization game. I remember my father hollering at me when, during a visit home a few years ago, I wouldn’t put down my smartphone and stop playing Civilization Revolution.

Now here I am years later, forgetting that I really need to get some sleep to go to work in the morning, because I’m wrapped up in yet another Civ game. Civilization games never really change, and neither does my obsession with them. 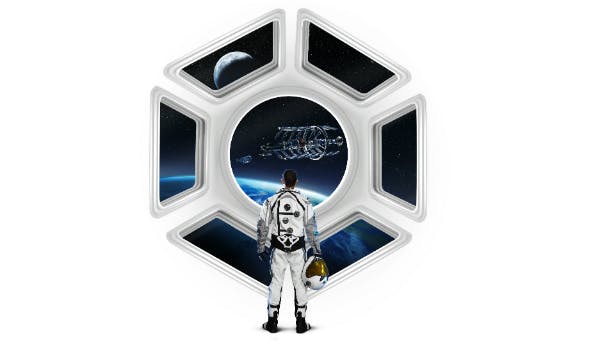 When it comes to the core of Civilization games, I think of sports. Someone laid down a set of foundational rules a long time ago and they work so well that no one has needed to change them.

Football, baseball, basketball—each evolved since their invention but the basic skills required and the victory conditions have remained the same. The rules that support their core designs are what change, incrementally over time, as the games evolve to keep up with current technologies and audience appetites.

The original Civilization was released in 1991. You were the ruler of a civilization, defined in part by the advantages inherent to its culture. You founded cities and improved the land around them, by building farms, mines, and roads. You improved the cities themselves by adding granaries, aqueducts, and courthouses.

Meanwhile, there were other civilizations you needed to contend with, either through diplomacy or brute force. Scientific research yielded rewards that carried over across all the other activities in the game. In the end, you won by conquest, your peers’ respect for your culture, your wealth, or by being the first civilization to set forth to colonize other worlds. These core mechanics of the Civilization franchise have held true for almost 25 years.

The rules around those mechanics, however have evolved over time to make the game more streamlined. In Civ V, for instance, cities were given the ability to defend themselves with ranged attacks, eliminating the absolute need to build troops in the early game. Spies ceased to be military units that had to be constructed and moved around the map. By simplifying what could afford to be simplified, Civ games have allowed players to focus on the complex systems that cannot be broken down, without breaking.

Civilization: Beyond Earth takes the core Civ rules, carries over many of the evolutions introduced in Civilization V, and stamps them with a science-fiction theme. Now you’re the leader of a colonial expedition to another world, sponsored by a nation back on Earth, and crewed by experts in scientific disciplines that define your first steps on your new planet. 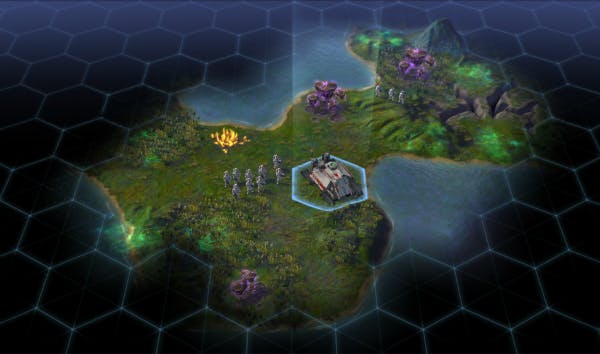 Even if the last Civ game you played was Civilization Revolution, a very simplified version of the game that worked well on consoles and mobile devices (which mortified long-time Civilization fans who prize the complexity of the original PC versions), you ought to be able to jump right in to Beyond Earth and play without much need for the tutorials. You build cities. You improve the land around them. You conduct scientific research. You contend with other colonies.

Most of the victory conditions, like contacting an alien civilization, or learning how to speak with the hive mind on the planet you’ve settled, or contacting Earth, are different than usual and a necessity of the change in venue. You can still conquer everyone else’s capital to win, of course. The way you achieve those victory conditions, however, is the same as it’s always been. Develop your civilization to the best of your ability and prevent everyone else from achieving their goals first.

For a Civ V veteran specifically, figuring out how to master Beyond Earth will likely and largely be about learning the synonymous elements between the two games. You don’t find ancient ruins in the early game for quick resource and research benefits, you find Resource Pods. Your citizens need Health, instead of Happiness. Your civilization accrues Energy, not Gold. Instead of adopting one or more Social Policies and unlocking their attendant trees of abilities, you choose aspects from different Virtues, and cultural advancement still determines your ability to claim these advantages.

That’s not to suggest, in any way, that Beyond Earth is a re-skin of Civ V. The ability to slide smoothly into Beyond Earth from Civ V is merely a practical demonstration of the sports analogy. The core rules are familiar enough for casual Civ players to make the game accessible, and the consistency will allow advanced players to focus on the rule evolutions that make Beyond Earth its own game.

While beginning civilizations in previous games have been defined almost entirely by what culture someone chose to play as—Greeks had advantages based on their being a democracy, the Mongols had advantages based on their militaristic heritage—you have a lot more choices to define your starting conditions in Beyond Earth. The analogy for a culture in Civ is your expedition sponsor. The Pan-Asian Cooperative has plus-25 percent worker speed, for example, and The African Union has plus-10 percent food growth in cities where everyone is healthy.

The type of colonists you begin with grant bonuses to the production of any of the five major currencies (science, food, energy, production, culture). Your choice of spacecraft may confer navigation aids like seeing all the coastlines on the map from your very first turn. Your starting cargo may include a bonus worker or soldier unit. All of these choices combined give the early game in Beyond Earth more variety than you might expect in a typical game of Civ V. 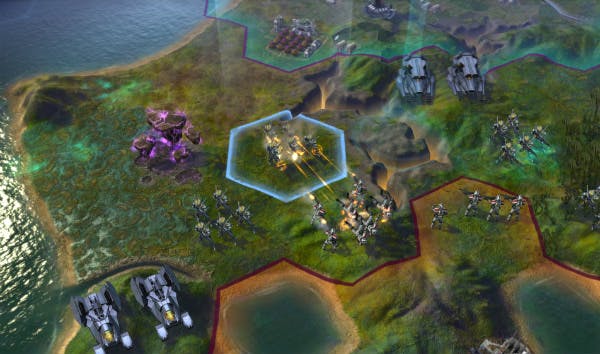 Gone are the barbarians and their villages. Now you have aliens and alien nests. You’ll find alien units that feel like aircraft, or armor, or infantry, right from the start. The nests they spawn out of felt much more common during my Beyond Earth playthroughs than barbarian villages did in Civ V, which makes the aliens less an annoying factor to contend with, and more an element to help define your opening strategy.

Technology research no longer operates on a tree, but on a web, and I’m not entirely clear on what the difference is in practical terms. In most Civ games you unlock a tech, which then unlocks other techs, and you balance your research aims between short term goals, and unlocking the endgame sciences that serve your victory conditions.

In Beyond Earth you unlock Branch technologies, which are like the main categories, each of which has three Leaf technologies. Branch tech takes less time to unlock than Leaf tech, but the more concrete gains, like stat bonuses and unit unlocks, are tied to Leaf techs. The system is different, but I used it the same way I’ve always used technology research systems in Civ games. I didn’t feel like I unlocked desired sciences any faster, or slower, in Beyond Earth than I did in Civ V.

The big difference in regard to technological research is that certain technologies in Beyond Earth are tied to Affinities. Purity, Supremacy, or Harmony are like ways of thinking that define your culture in Beyond Earth, and developing those Affinities unlocks unique upgrades for military units. I tend not to play the military game in Civ very often, as it eats up resources, markedly hindering technological and civic progress and also pisses off all my citizens.

I therefore can’t speak to how much the development of Affinities might sway the balance of power in military confrontations in Beyond Earth. In fact, I feel the need to disclose that after 20 years of playing these games, I still feel like an idiot when I play Civ, owing to the plethora of different systems, the complexity at which those systems can be manipulated, and the constant feeling that I am not exercising those systems as fully as possible to increase my odds of winning.

I felt the same way in Civilization: Beyond Earth. The Civilopedia of in-game explanations felt deeper to me than in any previous Civ game, owing to all the new, unique aspects that are introduced in Beyond Earth. Even while I found it frustrating to have to learn all of these new complexities on top of a basic game design that’s already extremely complex, I don’t consider this a negative strike against the game. I recognize that Civ fans want that level of complexity.

Nor do I think that the new elements introduced in Beyond Earth would make the game any more of a challenge, as an entry point into the franchise, than Civ V would be for a fresh face to the series. The introduction of quests in Beyond Earth, however, do give the game more structure than Civilization V offers at the beginning. Quests in Beyond Earth are plain-spoken and concrete, and they provide simple paths and achievable goals to improve the condition of your civilization.

They also provide opportunities to make small changes to your civilization and further customize it by giving you a constant stream of “A or B” type choices along the way. Quests become a new tool to accomplish the old goal of the franchise, to suck you into a game of Civ, and make you forget that it’s time to go to sleep.

Disclosure: Our review copy of Civilization: Beyond Earth was provided courtesy of 2K Games.

All images via 2K Games