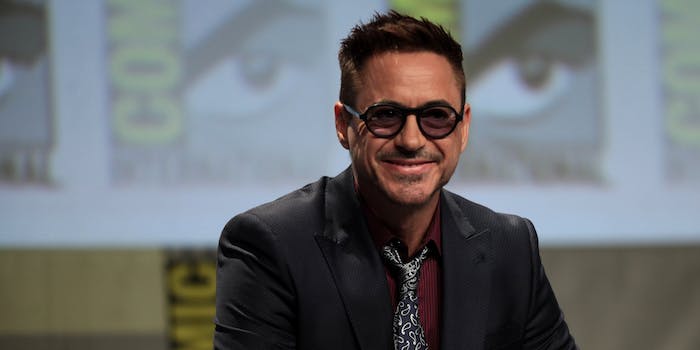 Is Marvel planning a direct adaptation of the 'Civil War' comics?

How much “civil war” will Captain America: Civil War actually involve? A leaked casting call may have the answer.

Security has been tight on the upcoming Captain America sequel, with Marvel Studios focusing its efforts on 2015’s Ant-Man and Avengers: Age of Ultron. All that’s been revealed so far is Civil War‘s title and main cast members, and the fact that the storyline will involve some kind of conflict between Tony Stark and Steve Rogers. (Which will come as no surprise to fans of Marvel’s Civil War comic book arc. More on that in a moment.)

This week, a new casting call from Disney/Marvel revealed two details about the movie. The first is that Spanish-German actor Daniel Brühl will be playing Baron Zemo, a role that was previously under wraps. Baron Zemo could refer to either of two characters with the same name, a Nazi scientist and his son. Brühl’s age suggests that he’ll be the younger of the two, unless he only appears in historical flashbacks.

The second (and potentially more interesting) piece of information is what appears to be an official plot summary of the film.

“In Captain America: Civil War, billionaire Tony Stark is pitted against Captain America aka Steve Rogers in an ethical face-off over the U.S. government’s Superhuman Registration Act, which requires all superpowered individuals register their powers and report to S.H.I.E.L.D.”

If this summary is legit, then the movie will be far closer to the Civil War comics than most fans had expected. All previous Marvel Studios films were inspired by comic book storylines, but always with significant alterations. Captain America: The Winter Soldier was very different from the original Winter Soldier comic, for example. By comparison, this Civil War summary is basically the exact premise of the original comic, including the Superhero Registration Act and the presence of S.H.I.E.L.D., which was dissolved in the previous Captain America movie.

There’s been a lot of speculation over how the Marvel Cinematic Universe will deal with Civil War, especially since there’s currently a limited number of superpowered characters to be registered—although that’s going to change in a big way now the Inhumans have shown up. The other issue is the relationship between Tony Stark and Steve Rogers, who are little more than acquaintances in the MCU. This will make it easier for them to fight over the Superhero Registration Act, but villainizing Tony Stark would be a surprising characterization choice after his redemption arc throughout the Iron Man franchise.

Robert Downey Jr. is already teasing this issue in interviews, and recently told Empire magazine, “The main thing to me is, what sort of incident could occur, and what sort of framework could we find Tony in? The clues about where we might find him next are in Ultron. But what would it take for Tony to completely turn around everything he’s stood for? Joss [Whedon] brings this up all the time. It’s kind of weird that these guys would have all these throw downs all over planet Earth and yet when the movie’s over, nobody minds. What would the American government do if this were real? Wouldn’t it be interesting to see Tony doing something you wouldn’t imagine?”

Honestly, a more villainous Tony Stark could be a fantastic addition to the MCU. The end of Captain America: The Winter Soldier was a perfect set-up for Steve Rogers to be more paranoid about government oversight, while Iron Man 3 and Avengers: Age of Ultron see Tony Stark obsessively inventing more and more weapons to assuage his fear of attack.

The main argument against Marvel doing a full-on Civil War conflict is Iron Man’s marketability as a hero. While turning Tony Stark into a bad guy would be an exciting plot twist, it could damage his status as Marvel Studios’ biggest money-spinner, particularly when selling merchandise to kids. Are they really going to risk sacrificing a bunch of money in order to tell a more interesting story?