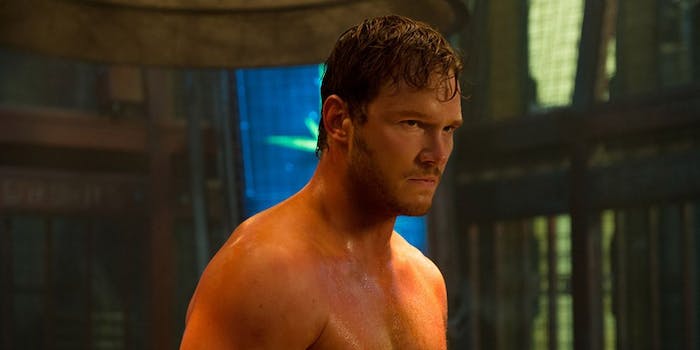 Chris Pratt made a request to his fans this weekend: He needed a new Facebook banner image. And oh boy, did they deliver.

While Pratt’s star power is off the charts, his Photoshop skills are borderline nonexistent. So he asked fans on Facebook to create a new header for his official page, including photos of his most famous roles along with optional additions such as “my family, eagles, american flags, guns, cool ford raptors, cigars, explosions.”

Basically, Chris Pratt’s filmography boils down to the kind of imagery that usually belongs in parodies of bombastic Hollywood cinema. We’re almost scared to see what the updates will look like if the rumors are true and he gets cast in a Ghostbusters or Indiana Jones reboot.