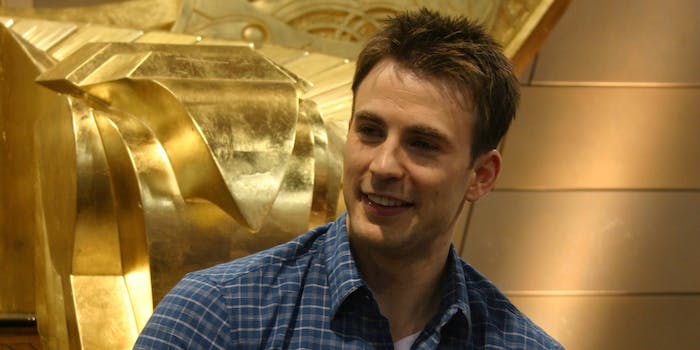 You won't see a Marvel film about this crisis.

Hollywood is nearing a crisis situation. Soon, there will be no more white male actors named Chris left to star in superhero movies.

The Chris rumor du jour is that Chris Pine (Star Trek) is in the running to play Green Lantern in DC’s Justice League franchise. If he winds up being cast, Hollywood will have exhausted the last of its Chris stocks.

The trend began with Christopher Reeve as Superman. Then it was Chris O’Donnell as Robin in the ‘90s Batman movies and Christian Bale as Batman in the Dark Knight trilogy—directed, incidentally, by yet another Chris. Marvel Studios took things even further, casting Fantastic Four alum Chris Evans as Captain America, Chris Hemsworth as Thor, and Chris Pratt as Star-Lord in Guardians of the Galaxy.

Chrises are a winning formula, but audiences grew too demanding, too greedy for more Chris. Without any thought for the sustainability of its most valuable resource, the Hollywood superhero genre is down to its final Chris in the form of Mr. Pine. If he signs on the dotted line for Green Lantern, filmmakers will be left with two options: begin working on franchises for lesser-known Chrises (for example, a spinoff for Chris O’Dowd and Christopher Eccleston’s characters from Thor: The Dark World) or branch out into a more diverse range of stars. Chris Rock, perhaps, or Christina Hendricks.

In the meantime, my colleague Aja has put together this Craigslist ad for Warner Bros. to use as they see fit. 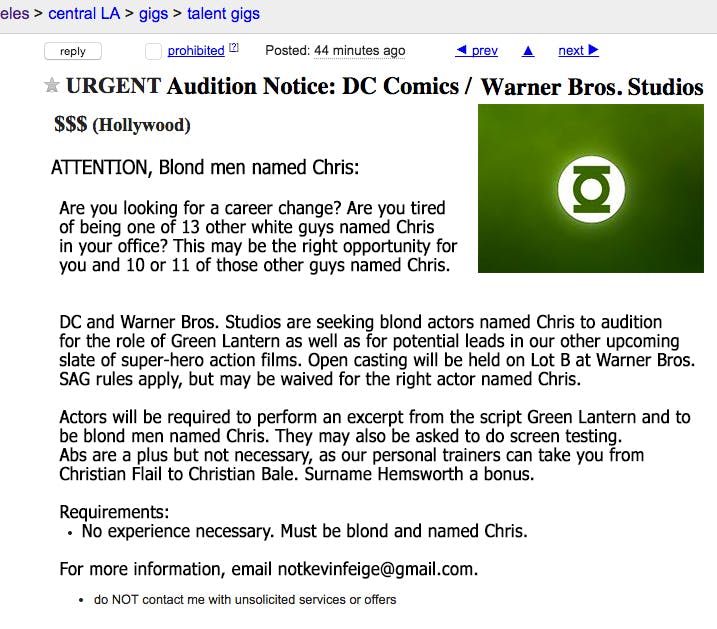 Photo via Pat Loika/Wikimedia (CC BY 2.0)