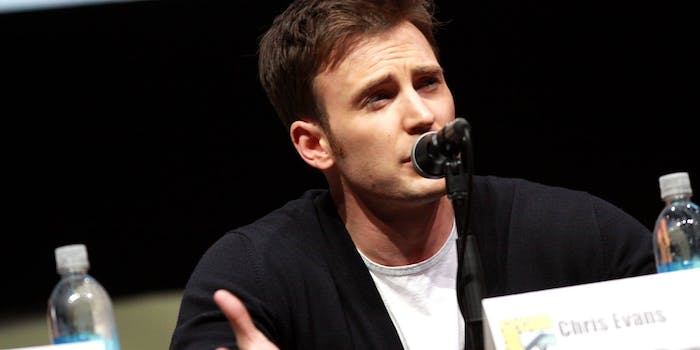 Once upon a time, even Marvel superstar Chris Evans needed a summer acting job

‘I am a high school junior with an intense passion for theatre.’

Chris Evans may now be one of the Marvel’s biggest superheroes, but once upon a time he was trying to get a job just like the rest of us.

On Wednesday, Evans revealed the cover letter he sent out to dozens of casting directors during his junior year of high school. He was set to take acting classes at the Lee Strasberg Institute in New York over the summer and he was looking for an internship when he didn’t have classes. He described himself as “a high school junior with an intense passion for theatre.”

Wow. My dad found the letter I sent to DOZENS of casting directors during my junior year. Hilarious. #bestsummerever pic.twitter.com/9pyZxAVisk

Despite misspelling the name of his eventual acting school, he eventually got an internship.

And the resume/headshot I sent along with it is BEYOND humiliating. Truly comical. Luckily it did somehow lead to an internship. #dumbluck

We think he turned out just fine.

Evans has yet to reveal what that “BEYOND humiliating” headshot looked like, but maybe he’s waiting until throwback Thursday for that.