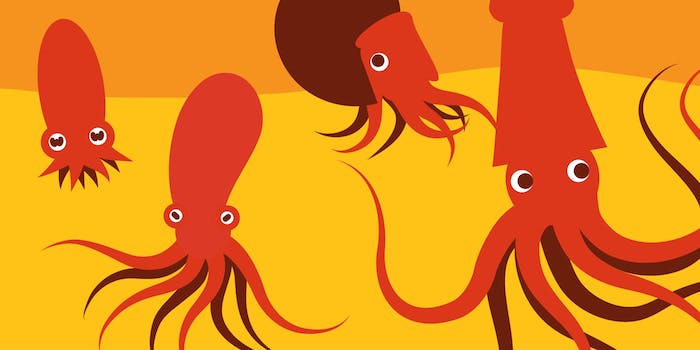 This #CephalopodWeek infographic shows everything you should know about squids

Cephalopods are more than meets the eye.

It’s the third-annual #CephalopodWeek and we’re celebrating the cephalove for squids, octopuses, nautiluses, and cuttlefish. Cephalopod week was started by Science Friday, the long-running radio show about all things science. Like us at the Daily Dot, they’ve always had a special affection for cephalopods—the charismatic tentacled critters as smart as they are squishy.

But we’re getting ahead of ourselves. If all the cephalopod info out there seems dizzying to you, start with our infographic. Below we summed up some cephalopod basic facts plus some extra interesting ones, so you can join the conversation on #CephalopodWeek with the rest of us nerds. 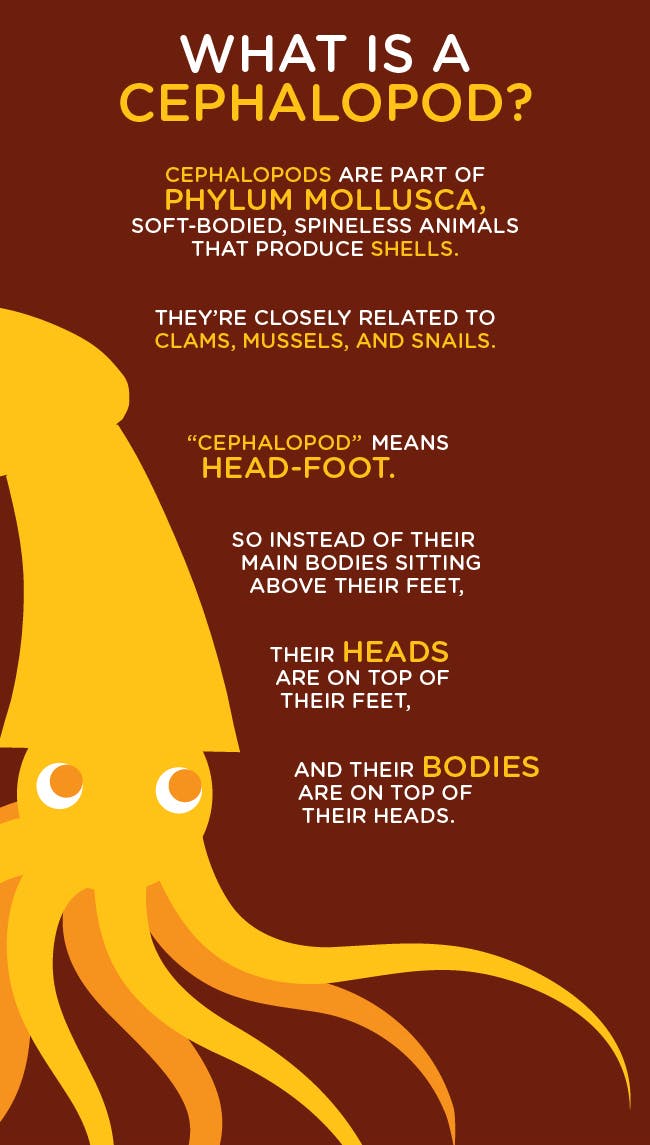 According to to the University of California, Berkeley, when cephalopods first appeared in the fossil record, they looked a lot like the modern nautilus: They had big, external shells that helped protect them from predators. Over time, many species lost the shell and split off into a few different types. 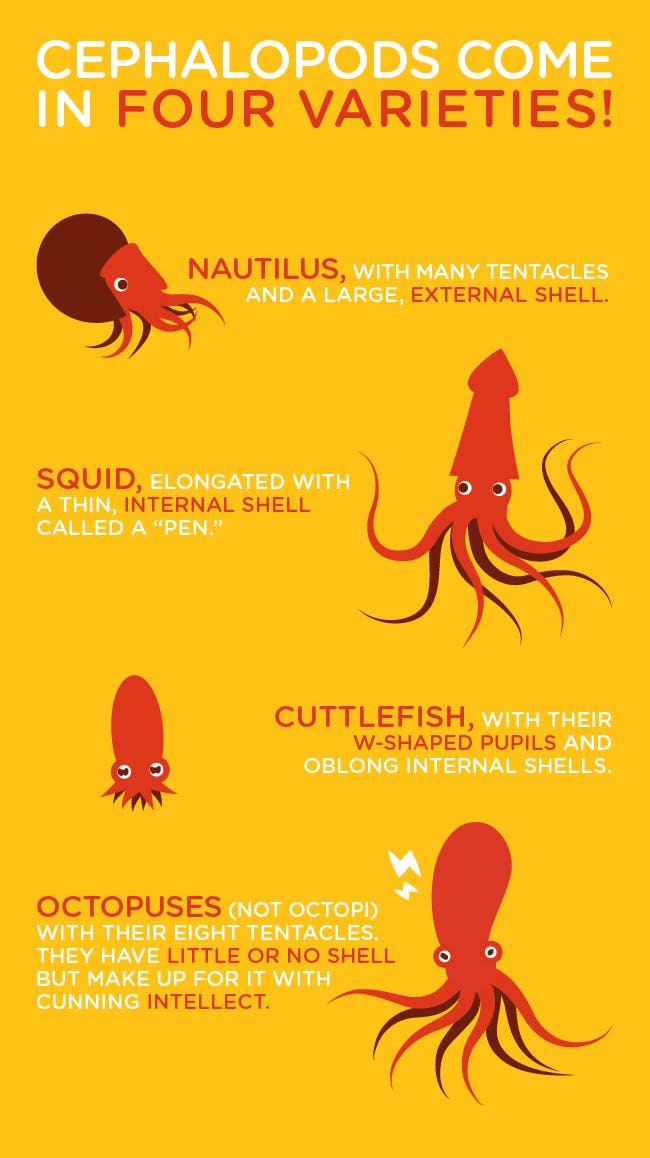 Intellect is what makes cephalopods so fascinating. Their intelligence, down to the way their brain is structured, is completely unlike our own. Their brains are also the largest of any invertebrate, according to the Smithsonian. 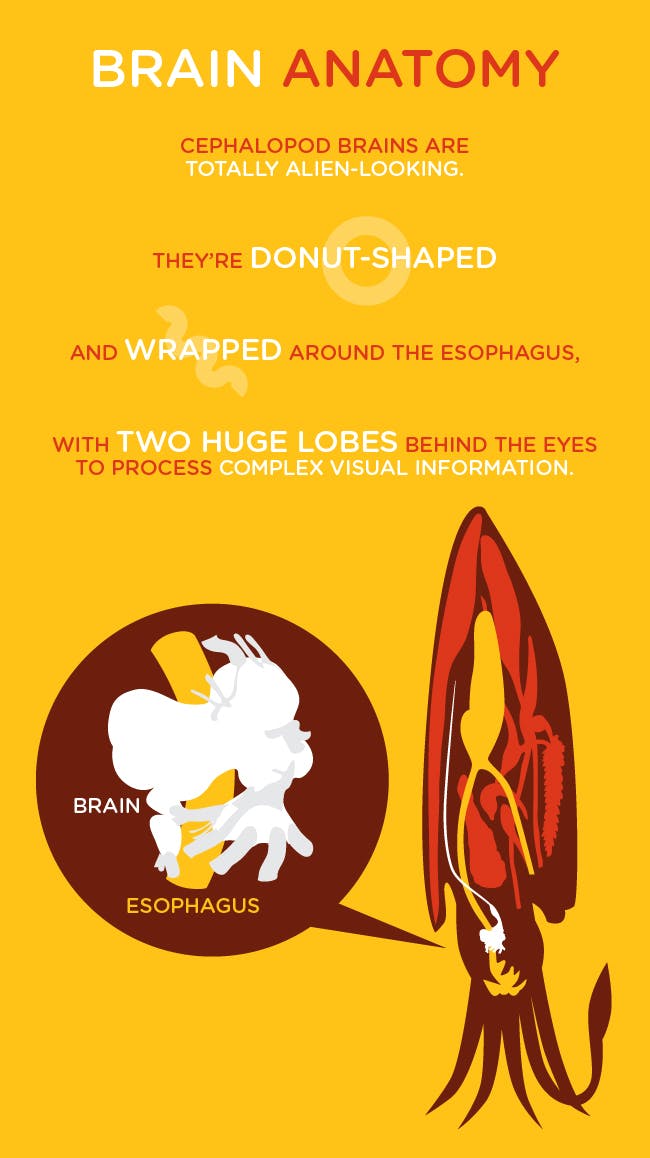 Some scientists believe the cephalopod eye is an example of convergent evolution: when two separate species evolve the same or very similar traits independent of one another, instead of sharing a common ancestor with that trait. In fact, a 2014 study demonstrated that humans and cephalopods both evolved their eye by tweaking the same gene. 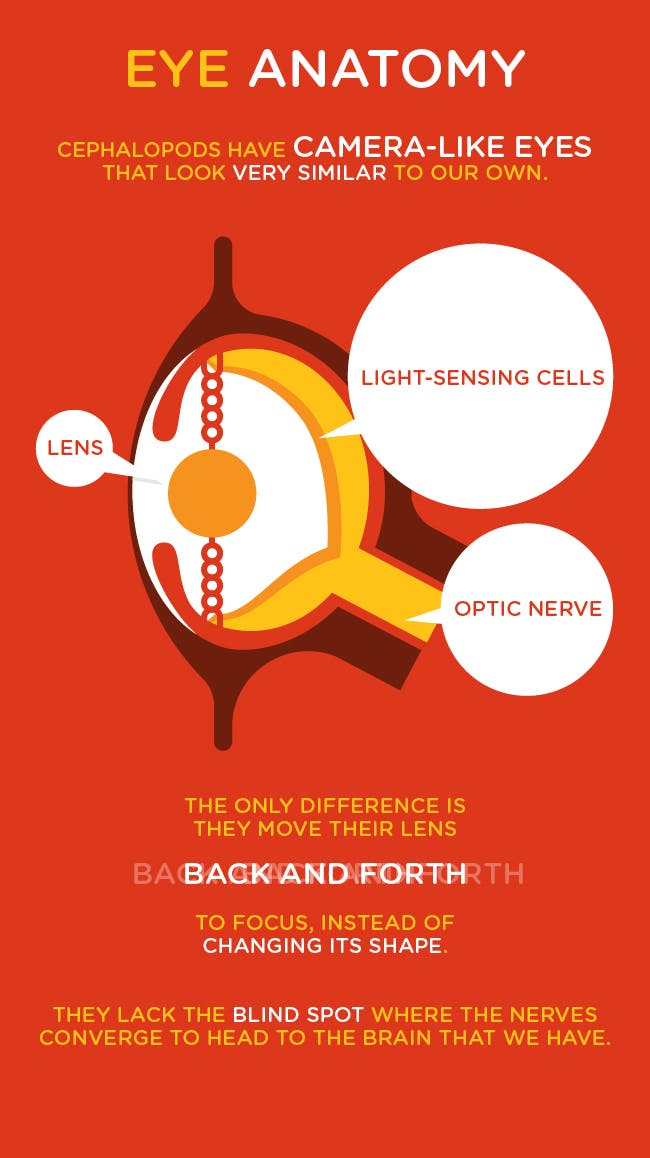 Lastly, the skin of cephalopods has inspired a whole area of study on its own. Of the many gifts cephalopods have, swimming is not among them. Their general squishiness also makes them a prime target for predators. So rather than evolving swimming capabilities, cephalopods have evolved amazing tactics to divert attention away from them through inking and, of course, camouflage.

And there you have it! Plenty of fun facts about cephalopods to bring up at your next party.

All illustrations by Max Fleishman | Animations by Jason Reed