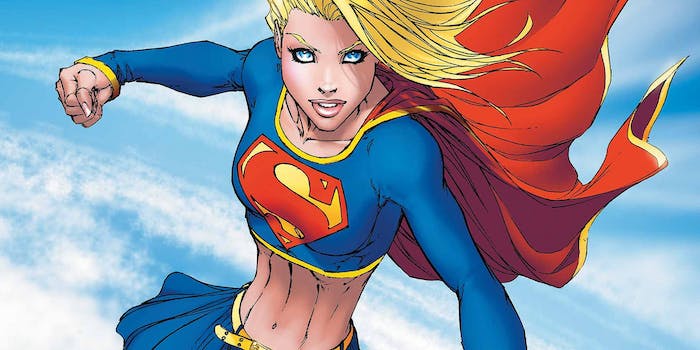 How does a "feminist crime procedural" sound to you?

The new Supergirl TV show coming to CBS has already passed its first hurdle, thanks to its creators enthusiastically describing it as a “female empowerment story.”

This may seem obvious for a character like Supergirl, but the people in charge of female superhero stories are sometimes oddly afraid of the F word. Last year, DC’s new Wonder Woman creative team disappointed fans by skirting the issue, with artist David Finch saying, “We want her to be a strong—I don’t want to say feminist, but a strong character. Beautiful, but strong.” This attitude was not well received.

At a press event on Monday, CBS chairman Nina Tassler made her stance on Supergirl very clear.

“It’s a female empowerment story,” she said. “If you look at the strong female characters we have on the air, it really is resonant of that…We’re big feminists. It’s her intellect, it’s her skill, it’s her smarts. It’s all of those elements. It’s not just her strength, which she does have.”

Tassler also described Supergirl as a “crime solver” and compared the show to The Good Wife, CBS’ most critically acclaimed series. It’s a hard act to follow, but if Supergirl can manage even a fraction of the quality of The Good Wife, we’ll be satisfied.

Supergirl hasn’t cast its lead actress yet, but the production team already has a costume designed by Oscar-winner Colleen Atwood, who designed the superhero costumes for Arrow and The Flash.

That isn’t the only link between these three DC adaptations. Although Arrow and The Flash air on the CW, they share an executive producer with Supergirl—Greg Berlanti—and CW president Mark Pedowitz has seems open to the idea of a crossover somewhere down the line.