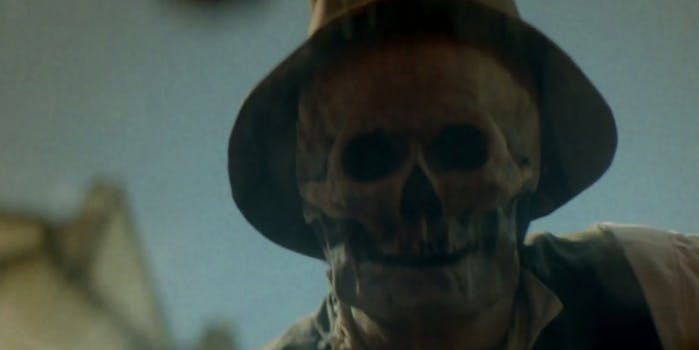 ‘Casual Vacancy’ is J.K. Rowling at her darkest—and here’s proof

J.K. Rowling‘s adult fiction debut, 2012’s The Casual Vacancy, confused most critics and quite a few readers when it came out. One part mystery and two parts blackest social satire, it was the polar opposite of Harry Potter; readers expecting more fun magical times got petty small-town in-fighting, and well-meaning heroes gave way to sharp, merciless caricatures of lives in an English country village.

The recent joint BBC–HBO miniseries adaptation of the book in turn received high praise when it aired on the BBC earlier this month—but only after the production changed the ending, added more humor, and kept one character alive to serve as the “hero,” all in the service of making the story less bleak.

If that sounds like the miniseries is a bit more earnest than Rowling’s novel, then fear not: The new trailer for the miniseries’ upcoming U.S. release on HBO makes it clear that the wry satirical bent of the original is still very much on display:

Still, when taken with the much more sweeping, dark feel of the BBC trailer below, we can’t help but wonder what sort of mixed bag we’ll be getting when Casual Vacancy finally shows up here on April 29 and 30.

Then again, Rowling has never been one to pull her punches, and she stated on Twitter that she cried over the ending—apparently in a good way.

If not, there’s always the BBC’s next foray into Rowling-land with its forthcoming adaptation of Robert Galbraith’s Cuckoo’s Calling.