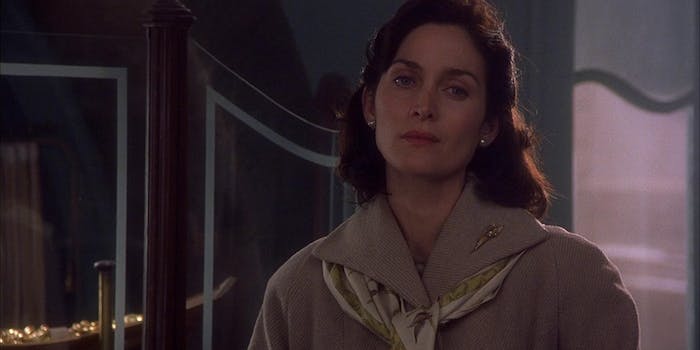 First Doctor Who, now the Matrix.

At what point is Marvel going to run out of awesome actors to cast in its franchises? It’s bound to happen, but not today because the studio just announced another major casting coup for Netflix series, A.K.A. Jessica Jones.

Carrie-Anne Moss (best known as Trinity in the Matrix trilogy) has been cast in a recurring role on the show. Marvel.com describes her character as “a no-nonsense woman who could prove a powerful ally to Jessica… if Jessica doesn’t completely alienate her first.”

The character’s name has not yet been revealed, although fans are already racking their brains for possible options from the comic book archives. It’s best not to speculate too much though, as previous Marvel TV shows have introduced plenty of new characters to the universe. Moss’s role may not have a comic book origin story at all.

Moss isn’t the only sci-fi icon in the cast of A.K.A. Jessica Jones, as Doctor Who star David Tennant was recently revealed to be playing the villainous Kilgrave. So far the other main characters are played by Krysten Ritter (Jessica Jones), Rachael Taylor (Hellcat), and Mike Colter (Luke Cage).

Photo via Movieplex/Flickr (CC BY 2.0)