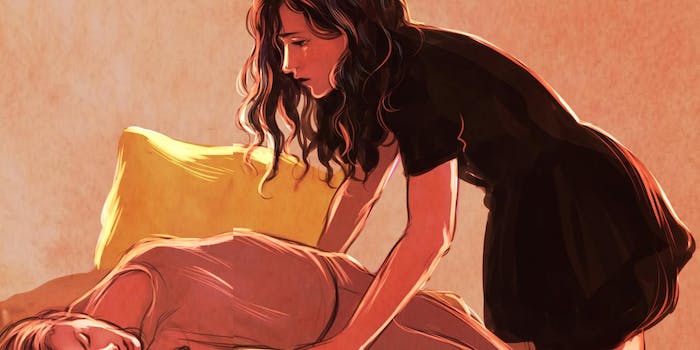 Carmilla is the creepy romance you never knew you needed.

You might not think a cheeky modernization of a Victorian lesbian vampire gothic horror novella would be the perfect heir apparent to Jane Austen. But then you haven’t met Carmilla.

But out of all the literary webseries to pop up in the last year or so, the most popular one of all is also the most surprising: Carmilla, based on the 19th-century gothic horror of the same name by J. Sheridan Le Fanu.

Most people think of Dracula as the first vampire novel, but Carmilla, written in 1871, actually precedes it by 25 years.

If you’re familiar with anything about the original version of Carmilla, it’s most likely its creation of two fabled tropes that have stalked us to this day—the predatory lesbian and the lesbian vampire. The first edition, which appeared in serial installments, also gave us this famous illustration: 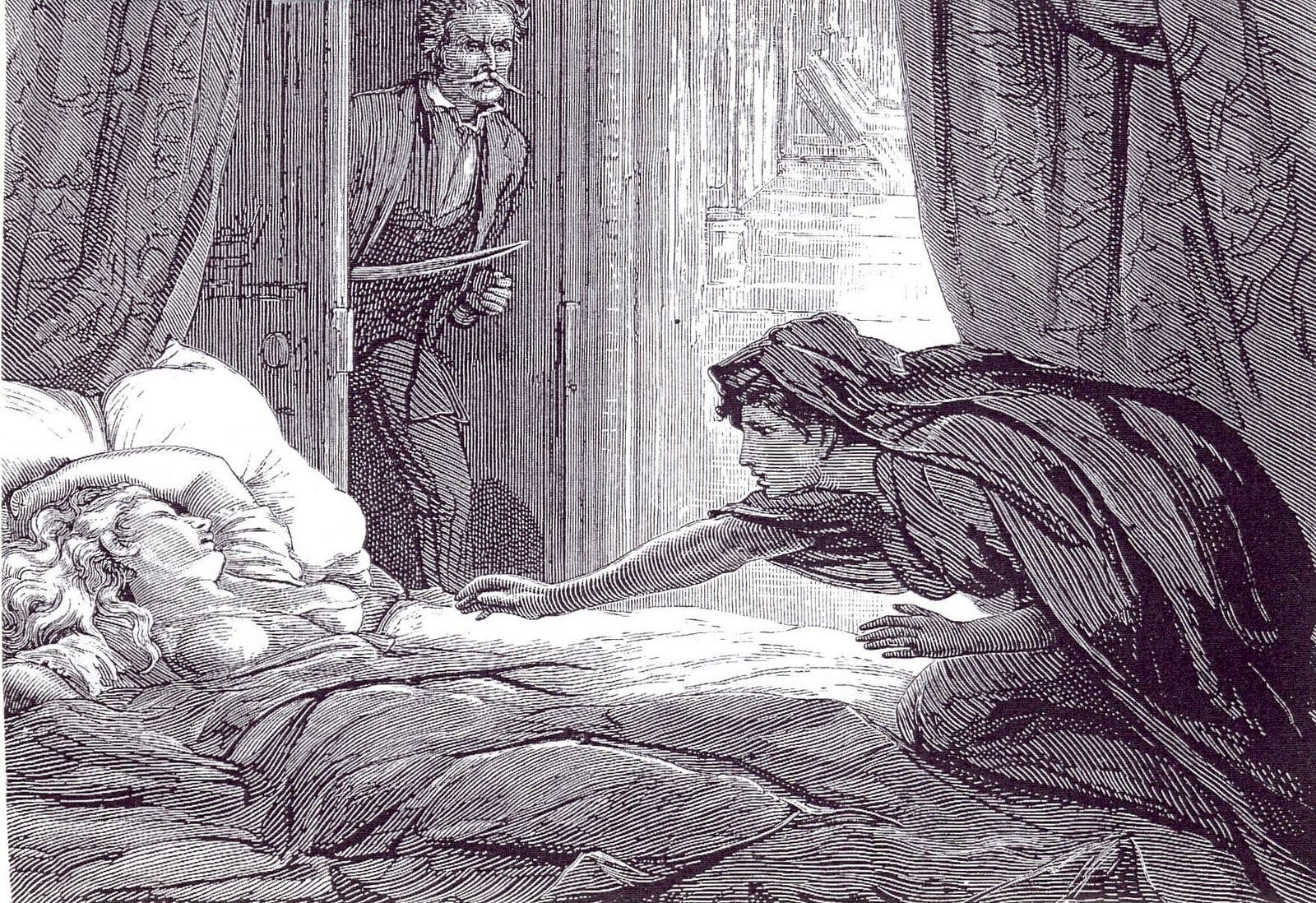 Here we see the villainous vampire Carmilla reaching for the erotically splayed but chaste and virginal Laura, who becomes the object of Carmilla’s latest obsession. In the original story, this obsession is explicitly sexual: A confused Laura is so thrown by Carmilla kissing her with “the ardour of a lover” that she wonders if Carmilla could be a boy attempting to seduce her in disguise. Meanwhile Carmilla repeatedly sneaks into Laura’s bedroom and freaks her out by molesting her while she sleeps:

“Sometimes it was as if warm lips kissed me, and longer and more lovingly as they reached my throat.”

Compare this to the modern-day web series version of Carmilla watching over her girlfriend, the predatory aspect replaced by concern and protectiveness: In the end of Le Fanu’s tale, both Carmilla and Laura fall victim to yet another age-old lesbian trope: that of the dead lesbian. Carmilla is discovered and recognized by a vampire hunter. Laura never fully mentally recovers from the trauma and expires shortly after telling her tale in adulthood.

All this might seem the polar opposite of a story ripe for a modern audience, but in fact Carmilla the series is cheeky and funny, replacing the drama of Victorian gothic literature with college-age humor, a Buffy-esque take on modern-day paranormal romances, and a lot of suspense. Oh, and of course, sexual tension combined with the knowledge that Carmilla is a vampire.

The story begins when Laura’s new college roommate disappears unexpectedly, replaced by a mysterious European girl who drinks blood from milk cartons and never ages. The new girl, Carmilla, is obviously a vampire, but is she responsible for the many disappearances on campus? And if she’s not, who is?

It’s perhaps appropriate that this kind of story contains vampires. After all, the publishing industry recently coined the subgenre “New Adult” in large part as a way to cater to newly mature vampire-loving Twilight fans looking for more adult relationships and stories in the wake of Fifty Shades of Grey. So, too, does Carmilla look beyond the female-focused but male-produced stories of Lizzie Bennet’s Pemberley Digital in order to flesh out funny, more complex stories which are fully acted, written, and produced by women.

Carmilla is the brain child of writer Jordan Hall, who created Carmilla along with Smokebomb Entertainment, a producer with a track record of engaging fans in its productions. The two co-stars, Elise Bauman and Natasha Negovanlis, are every bit as popular as the characters they play. Bauman, invigorated and funny as Laura, stays engaged with the fandom. Negovanlis, as wryly clever as Camilla herself, still works at a bar on days when she’s not attending red-carpet events for her hit webseries.

That awkward moment when you're serving a table and they recognize you from that show you star in and you're like, yep still a waitress.

Since its premiere in September, Carmilla has increased subscriptions more than 550 percent for its YouTube channel and sponsor, Vervegirl TV. The interactive transmedia portions of the show, developed by writer Ellen Simpson, include active Tumblr and Twitter accounts for the main characters and a spinoff fiction series on Wattpad. The multi-platform effort has paid off. With its 35th episode airing tomorrow, Carmilla has surpassed 2 million YouTube views. Fans of the show, who call themselves Creampuffs, have churned out fanfiction, endless Tumblr gifs, series guides, and fanart:

In addition to drawing upon classic vampire tropes, Carmilla isn’t afraid to get Twilight-y, at least in its portrayal of the headiness of young love. Carmilla/Laura, alias “Hollstein,” is a ship that springs straight from the collective id of slash fandom itself, with the same struggles, obstacles, and personality clashes as any other great queer, subtext-based ship whose characters are never actually allowed to fall in textually approved love. The plot also veers into heavily Buffy-influenced original territory. Unlike the original series, the ultimate villain isn’t Carmilla, and there’s a distinctly Lovecraftian horror in the “hungry light from below” that menaces our heroes and anti-heroes from the shadows.

But in the end, Carmilla is as much about women finding their strength as it is women baring their teeth—and in fact, these may ultimately be the same thing.

After all, as Carmilla and its audience are both fully aware, nothing is as terrifying or as powerful as a young woman drenched in blood.