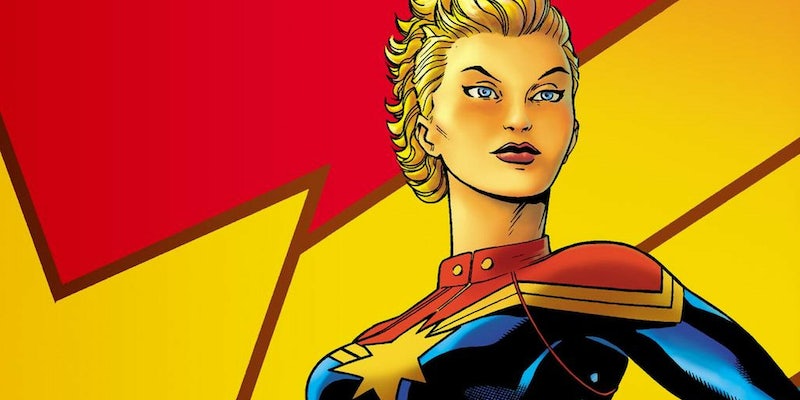 Captain Marvel already had its release date pushed back once, to make way for the new Spider-Man franchise. Now, its release has been delayed until March 2019 so Ant-Man and the Wasp can come out first.

When revealing this new release schedule, Marvel described Ant-Man and the Wasp as “the first Marvel Studios film named after its heroine.” We can’t help but suspect this comment was directed at the many fans who will be disgruntled about Captain Marvel—the studio’s first female-led movie—being delayed yet again.

Along with the Ant-Man and Captain Marvel news, Marvel announced three untitled movies in 2020, presumably to launch Phase 4 after Avengers: Infinity War has concluded. Meanwhile, Black Panther has been pushed forward from July to February 2018.

For those keeping track, Captain Marvel will be Marvel Studios’ 21st film. That’s 20 movies with male protagonists or ensemble casts before they got round to telling a story about a woman.