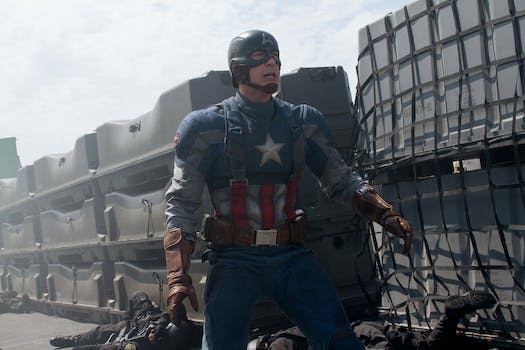 It’s hardly a classic of the genre, but zealous Marvel fans will be aware that there were other Captain America movies before Chris Evans came along. The first to make it to the big screen was a Yugoslavian-American production that came out in 1990, co-produced by Stan Lee and quickly consigned to the bargain bin of filmmaking.

This trailer, however, is not for that movie.

Imagine, if you will, a Captain America movie made in the 1980s but set in 2007. It’s reminiscent of things like Robocop, and the action sequences are all very loud and very fake. It’s something you’d watch with your older brother and his friends when your parents left him to babysit one evening, because you loved Captain America—but this movie wasn’t really suitable for children.

If that reimagining appeals to you, then you will definitely enjoy this fan-made trailer for a terrible (and imaginary) 1980s adaptation of the Captain America comics.

We don’t know how they managed to replicate that fuzzy 1980s VHS look, but it’s perfect. Also perfect is the music (faux-1980s techno and bits from soundtracks like Escape from New York). It’s very easy to believe this trailer is real, the last vestige of the Marvel B-movie that time forgot.