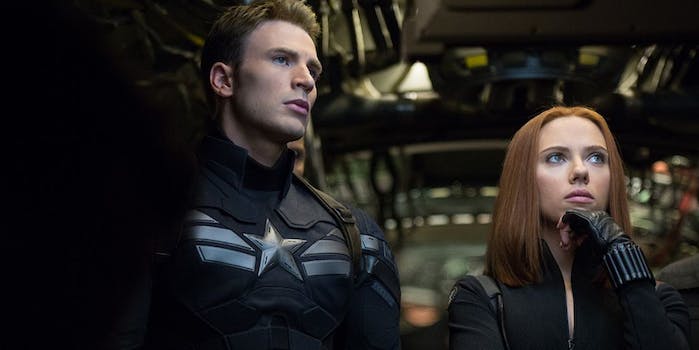 Black Widow may finally get her due with ‘Captain America: Civil War’ merchandise

Hopefully this means some cool toys and merchandise for Black Widow fans!

After years of Marvel fans protesting the embarrassing lack of female superhero merchandise on offer, it looks like Marvel Studios has finally taken notice.

When Captain America: Civil War comes out next year, there will be a line of merchandise aimed specifically at women. Which totally makes sense, because one of the most active demographics in Captain America fandom is the predominantly female Tumblr fan community. More than a year after Captain America: The Winter Soldier came out, they’re still producing a ton of fanfiction, art, and cosplay. This is a group of people who will definitely buy merch for the next movie.

Plus, there will be “a big focus on adult female apparel.”

Could this be the first time Marvel doesn’t blatantly exclude Black Widow from its merchandise? Here’s hoping.