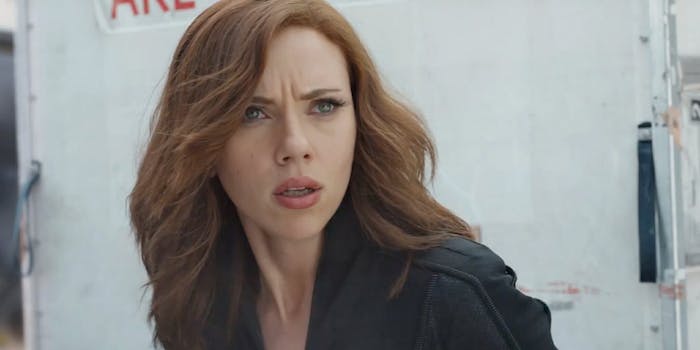 Marvel just unleashed the trailer, and we have plenty of new footage to feast our eyes on. Some of the setup is what we’ve seen in previous trailers, but now we get to see some of the action outside the love/hate fighting triangle of Steve Rogers, Tony Stark, and Bucky Barnes. Everyone, from Rhodey, Black Widow, Vision, Hawkeye, Ant-Man, Scarlet Witch, and Black Panther are more than ready to fight for their cause.

“You just started a war!” Tony says to Steve.

That’s a bit of an understatement.

But let’s talk about the end tag for a second. Smooth, Peter.

Yep, that’s right. Your friendly neighborhood Spider-Man (Tom Holland) is finally here—and he looks to be on Team Iron Man. (For now, at least.)