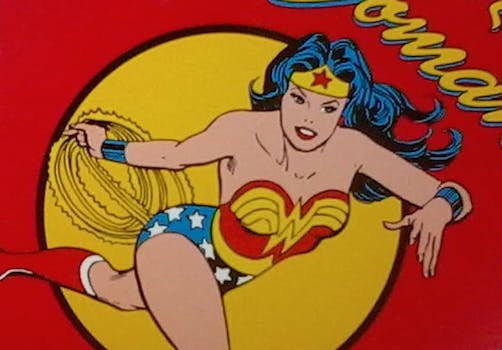 Young Sophia Sandoval was in for a surprise after sharing this photo.

When 3-year-old Sophia Sandoval dressed up as Wonder Woman to celebrate the end of her chemotherapy treatments, she had no way of knowing that her happy moment would attract the attention of millions of people—including another woman who has dressed as the DC Comics hero: actress Lynda Carter.

To commemorate the end of her treatment for medulloblastoma, with which she was diagnosed in May, Sandoval put on the iconic costume and held up a sign reading, “My last day of chemo. It was tough but I was tougher,” The young cancer patient’s photo was shared first on her own Facebook support page before appearing on the Jessie Rees Foundation: Never Ever Give Up Facebook page, where it quickly went viral and received more than 1.2 million likes.

The post came to the attention of Carter, who played the hero in the ‘70s Wonder Woman TV series. She shared it on her own Twitter and Facebook pages and encouraged her followers to “show her [Sophia] some love.”

“We felt so happy and so special because we didn’t really expect that,” Rossio Sandoval, Sophia’s mother, said in an interview with ABC News. “It is so awesome because I know a lot of people who see this will see that my daughter is kicking cancer, and maybe it will help others.”

Rossio told ABC News that Sophia loves superheroes and would watch her favorites, including Wonder Woman, the pink Power Ranger, and Super Woman, during her treatments.

“When she was taking the medicine,” Rossio explained, “we would tell her she was going to get Super Woman or Wonder Woman powers.”

The outpouring of love from Carter and millions of people touched by Sophia’s photo is icing on the cake of her story’s happy ending. According to her mother, she is now back at home playing and will receive an MRI soon to confirm that the cancer is gone. The heroic toddler will surely be ready to protect the Earth like Wonder Woman in no time.