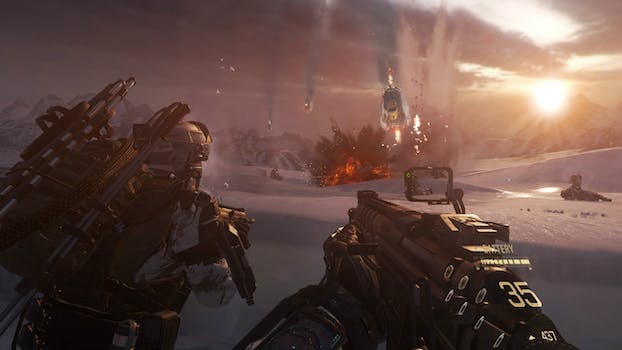 Want zombies in your Call of Duty? You may have to cough up more cash

The zombies won't be the only ones groaning.

If you buy Call of Duty games mostly for the zombie modes, you may be displeased to learn how much you’ll have to pay to get your latest fix.

According to a press release from video game retailer GameStop, the zombie survival mode in Call of Duty: Advanced Warfare, which was leaked late last week, will only be available as downloadable content. The only way to get that content—at least right now—is in the form of a Season Pass that costs $50. (See the update below.)

We reached out to publisher Activision to ask whether Call of Duty: Advanced Warfare players would, at some point, have the ability to purchase the zombie survival mode as part of a DLC package independent of a Season Pass.

“Once the main game development wrapped, the teams started on some new ideas. Like many of you out there, we are fans of zombies too. Since the exoskeleton is in all modes of the game, we were excited to play with the idea of what happens when zombies are thrown in the mix too. We are working on a new version of zombies that’s unique to Advanced Warfare, one that will be part of DLC. Stay tuned, more info in the weeks ahead,” an Activision representative told us via email.

Previously reported spoilers about a zombie mode in the newest Call of Duty game were accurate in that the leaked footage only showed a bonus round at the end of Advanced Warfare’s wave-based, co-op Exo-Survival mode. In order to unlock the bonus zombie round, players have to first unlock every Exo-Survival map. The rumors about a full-on zombie mode in Advanced Warfare were inaccurate, however. As we guessed, the bonus wave is only a teaser for the future sale of a full-on game mode.

Season Passes offer all the upcoming downloadable content for a video game via a single purchase. The Season Pass usually offers only a very slight discount, perhaps not more than $5 or $10 in savings, versus buying each DLC pack individually. Season Passes are a controversial practice in that very often one or more of the individual DLC packages will be of low enough quality that players might not have purchased them outside of a Season Pass.

This is a “buyer beware” situation, of course, and it is highly unlikely that a zombies mode in Advanced Warfare will not be offered as a separate purchase in the near future. For now, however, the only way players can guarantee access to zombies in Advanced Warfare is to cough up $50 for a Season Pass, on top of the $60 they already paid for the game.

And if you are a Call of Duty player who is mostly enamored with the franchise’s long-running and extremely popular survival mode born from the original Nazi Zombies in Call of Duty: World at War, the idea of potentially having to pay $110 for the only mode you wanted is a bitter pill to swallow.

Following the publication of this story, a source from Activision clarified on the condition of anonymity that the zombie DLC will be purchasable as an ala carte item in the future. A Season Pass will not be required.