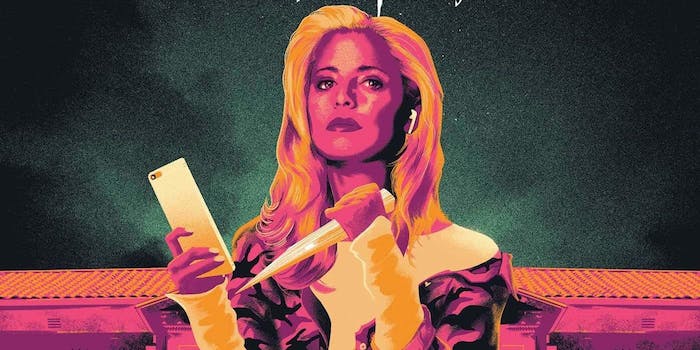 The new 'Buffy the Vampire Slayer' takes Buffy back to high school—with some interesting modern updates.

Buffy the Vampire Slayer relaunched its comic book universe this week, its first reboot since the ’90s. With its 12th and final “season” of sequel comics ending last year, Buffy begins a clean slate at BOOM! Studios. Issue #1 rewound the clock to Buffy’s arrival in Sunnydale, revamping the Scooby Gang’s origin story for a new era.

Writer Jordie Bellaire, artist Dan Mora, and colorist Raúl Angulo collaborated on the new reboot, introducing the Slayer as a contemporary teen. Like the original Buffy comics, the characters still closely resemble the actors who played them on TV, including their body language. However, this isn’t a ’90s nostalgia-fest. We see Xander using social media (you know that guy would be a Twitter/Reddit/Tumblr addict) and more importantly, everyone looks like they belong in 2019. Willow is now a lowkey goth, updated from the adorably frumpy nerd she was during Buffy’s early seasons.

(Most of the other makeovers are pretty subtle, although I’m excited to see Drusilla switch from babydoll gowns to power suits and stiletto heels.)

This reboot puts Buffy more in line with traditional superhero comics than the tie-in books for things like Star Wars. While the original Buffy comics expanded on the TV series, this relaunch is all about finding a new spin on an old story, kind of like how we’ve seen Clark Kent become Superman in dozens of slightly different ways. Jordie Bellaire writes perky dialogue that feels familiar without relying on classic Whedonisms, and while Buffy still has the same concerns (juggling her double life and clashing with her disapproving mentor Giles), she’s facing a different enemy this time round. More importantly, the dynamics of the Scooby Gang seem to have shifted.

For one thing, this version of Willow seems much more confident. Instead of being painfully shy and pining after Xander, she’s openly queer. This leaves Xander as a bit more of a third wheel, silently stewing over his teen angst while Willow and Buffy bond. Like Willow’s new look, this feels like a big departure at first, but actually makes a lot of sense in the context of their season 1 relationship. It’s easy to imagine Generation-Z Willow having more confidence than a kid who grew up in the ’90s, partly because it’s easier for her to come out. Meanwhile the original Xander was already two steps away from being the grunge-era equivalent of an incel, and if Willow is more independent, he could wind up feeling more isolated. There are already hints of something deeper at play, suggesting a more complex role than Xander received in the early seasons of the show.

One issue in, the new Buffy is a promising start for both new and old fans. It’s a fresh story but feels very much in line with an episode of the show, teasing a longer supernatural arc as Buffy settles into life in Sunnydale.