When life gives you a snowpocalypse, grab your camera and get geeky.

Like everyone else in Buffalo this week, redditor diabeetus-girl woke up to find herself staring at a wall of solid snow six feet high.

Being an Attack on Titan fan, diabeetus-girl had a clever way to make the most of the weather. She used the opportunity that nature had given her to hilariously recreate of one of the popular Japanese series’ most iconic moments.

“Got 6 feet of snow yesterday,” she wrote yesterday on Reddit’s r/Anime subreddit. “Thought I would have a little fun with it Attack On Titan style!”

If you’re familiar with the anime, then you know this unforgettable image well: The moment when the Colossal Titan peers down at our hero, Eren Yeager, for the first time. 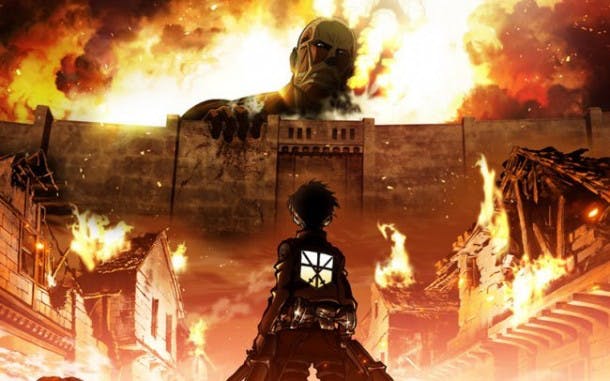 Using her fresh mountain of snow, diabeetus-girl decided to get creative. 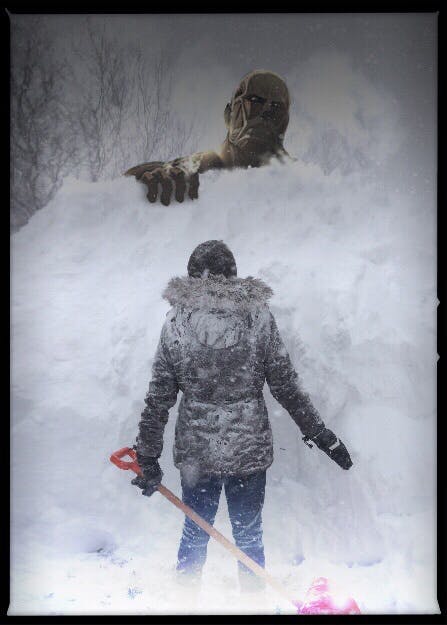 As live-action re-enactments of Attack on Titan go, it’s certainly not the worst we’ve seen. It’s at least as interesting as the new live-action film adaptation promises to be.

There’s a reason the picture is vertical, though. Diabeetus-girl and her dad struggled to deal with the massive amount of snow that this week’s blizzard dumped in their driveway, but they didn’t get very far. “[T]hat area I’m standing in was just a tiny rectangle we were able to shovel before giving up lol,” she wrote on Reddit.

Reddit’s anime community showered the survey corps’ bravest new member with upvotes, though one redditor, oliolioooo, noted a similarity to last year’s other breakout anime: “One weapon? Red with a circular handle? Looks more like Kill La Kill to me. Edit: I mean Chill La Chill.”