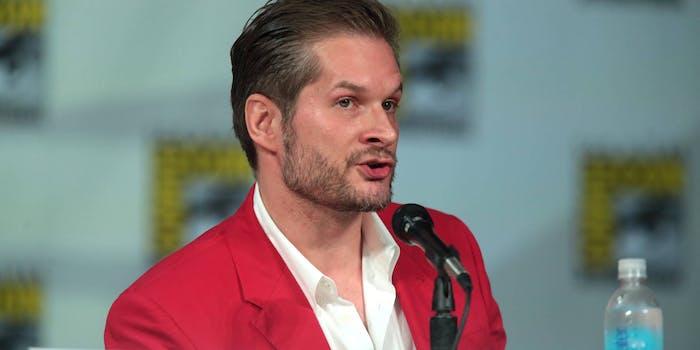 He'll still play a role behind the scenes.

The announcement that Star Trek: Discovery’s premiere was pushed back from January to May 2017 worried many fans, and the latest shift behind the scenes is unlikely to quell some of those concerns.

Variety is reporting that Discovery showrunner Bryan Fuller is handing showrunning duties to Star Trek executive producers Gretchen Berg and Aaron Harberts. The shift at the top level was made last week and will take place before Discovery starts filming next month.

While CBS Television Studios had reportedly been pleased with what Fuller has brought to the table so far—he wrote the first two scripts of Discovery and planned the season’s broader arc as well as its mythology—it became clear that Fuller wasn’t able to devote the necessary time to Discovery between juggling the end of shooting American Gods and its post-production and readying a reboot of Amazing Stories for NBC. The production team was even given more time to work out the story and produce visual effects for the show after the premiere was pushed back.

CBS was also worried that the lead character, a female lieutenant named Number One, had yet to be cast.

However, Fuller stepping down doesn’t mean he’s completely done with Discovery. He’ll still be an executive producer of the show, and he’ll still be involved with forming its major story arcs—just not at the level that he originally planned.

“We are extremely happy with the creative direction of Star Trek: Discovery and the strong foundation that Bryan Fuller has helped us create for the series,” CBS Television Studios told Variety in a statement. “Due to Bryan’s other projects, he is no longer able to oversee the day-to-day of Star Trek, but he remains an executive producer, and will continue to map out the story arc for the entire season. … Bryan is a brilliant creative talent and passionate Star Trek fan, who has helped us chart an exciting course for the series. We are all committed to seeing this vision through and look forward to premiering Star Trek: Discovery this coming May 2017.”