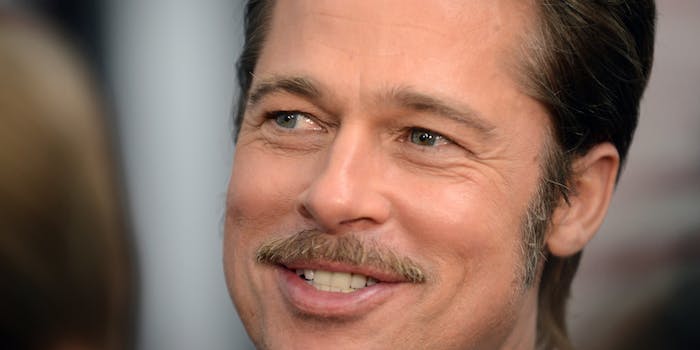 He didn't even win.

The hit HBO series provided the world an effective entry in the “celebrities, they’re just like us!” scrapbook earlier this week, when Academy Award-winning actor Brad Pitt bid a staggering $120,000 for the chance to watch an episode with Daenerys Targaryen herself, Emilia Clarke.

The bidding reportedly went down at the Sean Penn J/P HRO Gala in Los Angeles on Saturday, an event to benefit Penn’s Haitian relief organization. Penn founded the nonprofit in 2010 following the massive earthquake that decimated the island nation. According to Us Weekly, Pitt wasn’t the only celebrity in attendance, as Leonardo DiCaprio was also in the room in addition, obviously, to Clarke herself.

Pitt, 54, reportedly threw down an opening bid of $80,000 for the privilege of watching an episode with Clarke, who’s been on the mega-hit HBO series since its first season and who will be returning for its recently announced final season in 2019.

He ultimately upped his bid to $120,000 before bowing out, with the winner reportedly taking it at $160,000. Which just goes to show that even for an international megastar, multimillionaire celebrity like Pitt, there is still such a thing as “too much” to watch an hour of TV with Emilia Clarke.