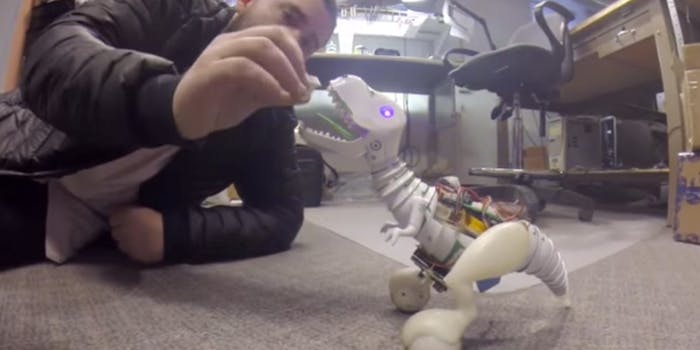 What’s cooler than a pet robot dinosaur? Trick question: Nothing

This might be the closest we’ll get to Jurassic Park without actually bringing dinosaurs out of extinction.

The same inventors who brought us an advanced robotic dog are back with another thing everyone wants as a pet: a robotic dinosaur.

Boomer is about to go into production, but from the testing footage alone it’s apparent that he might be the perfect pet—full of spunk and eager to learn new functions. For the most part Boomer appears to be good natured, or at least until you pull on his tail.

Some people are already clamouring for the creators to make an adult-sized dinosaur, but have we learned nothing from Jurassic Park?