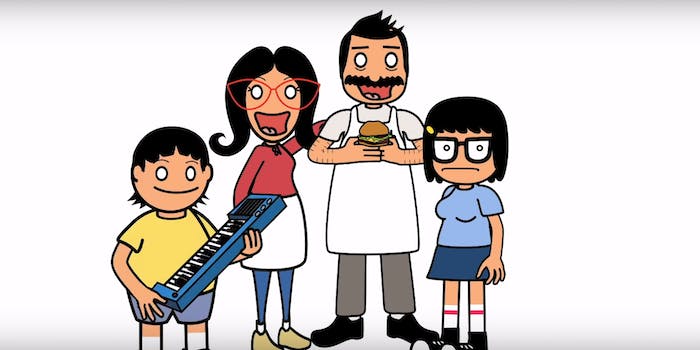 Screengrab via Animation on FOX/YouTube

When Bob’s Burgers returns for its season 8 premiere on Sunday night, the Belchers might look a little… different. Fartier.

For the first time in the show’s history, the creators handed the reins over to fans to help animate the entire episode. In total, 62 fans contributed sketches for the “Brunchsquatch” episode in a massive “Bob’s fan art” (Bob’s fart, for short) effort. They divvied up the character and background work, scene by scene, for what will assuredly be a unique TV experience.

Fox released a sneak peek at the opening credit sequence on YouTube.

Be sure to watch it a few times to see all the different fans’ punny suggestions for the restaurant’s next-door neighbors. Bob’s Burgers airs Sunday, Oct. 1, at 7:30pm ET.