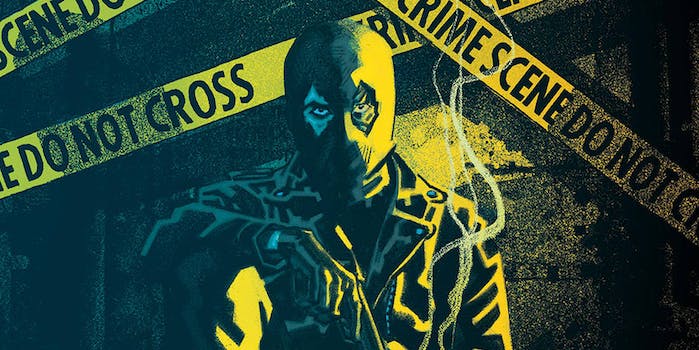 Photo via The Black Hood #1

Masked crimefighter the Black Hood has gone through several incarnations since his creation in 1940, most recently relaunched by Dark Circle Comics in 2015.

The new version of the Black Hood is a noir adventure about Philadelphia cop Greg Hettinger, a gritty tale that begins with him being shot in the face, then accidentally killing the previous Black Hood, and assuming the vigilante’s identity to atone for his guilt.

The Black Hood returns this year for a second volume, written by Duane Swierczynski and drawn by Greg Scott. In a Dark Circle exclusive, we’re sharing new cover art by Greg Smallwood and Michael Walsh for the upcoming The Black Hood #1, along with details about the new series. 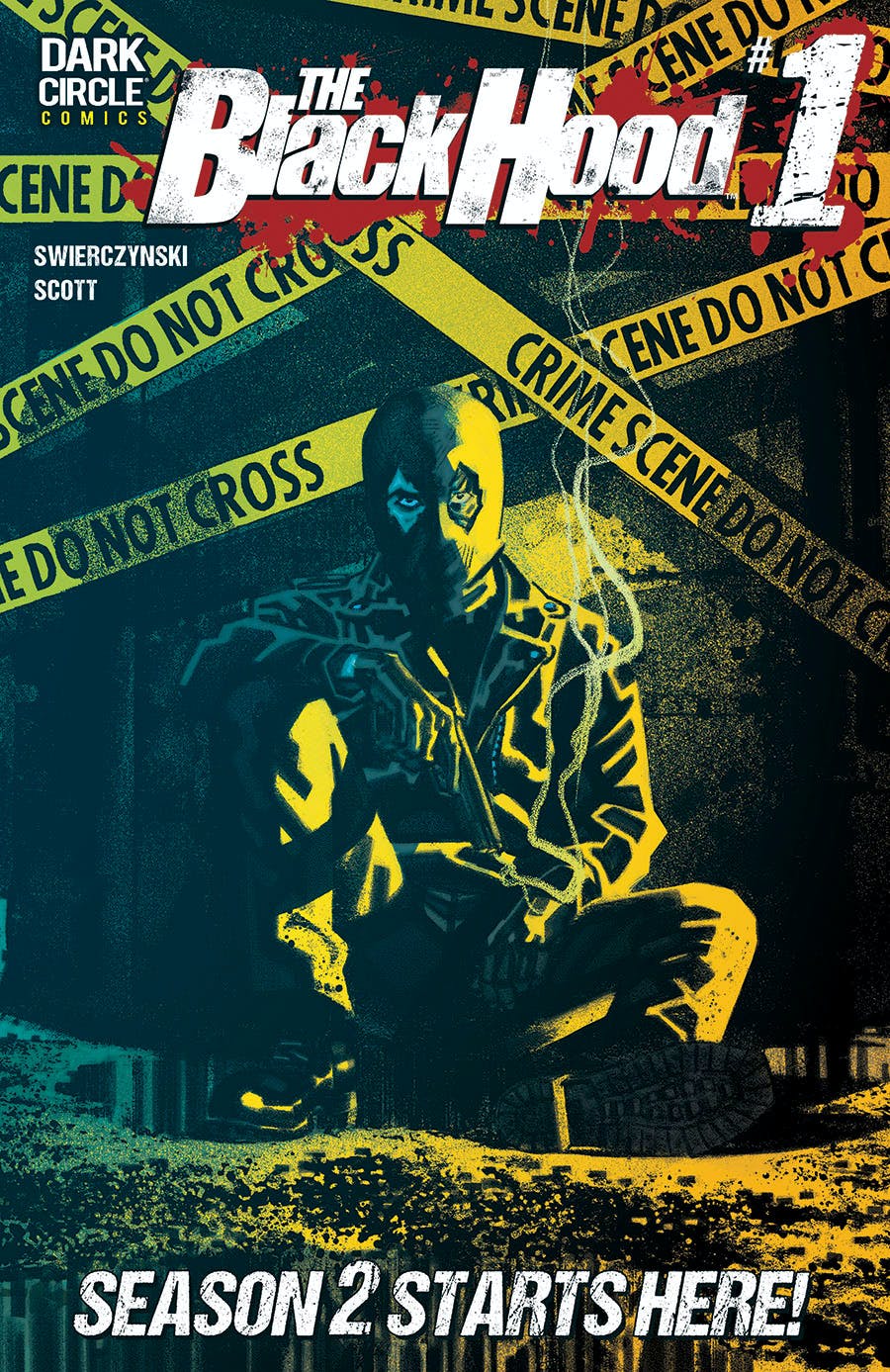 Dark Circle describes the new storyline, “The Nobody Murders,” as a perfect jumping off point for new readers—hence the new start at issue #1, even though this is a sequel to last year’s series.

“The Black Hood is no more. Sure, there are rumors that the former cop known as Greg Hettinger is still out there, blending in with the homeless population—and emerging only to stop a violent attack before vanishing again. But the ruthless assassin known as The Nobody considers the Black Hood a loose end, and he’s willing to slaughter dozens to flush him out.

How high must the body count rise before Greg steps forward to face an opponent he can’t possibly beat?”

Writer Duane Swierczynski reveals that volume 2 will see the Black Hood leave his familiar haunts in Philadelphia, and go on the road—where he’s in for a world of pain.

“I’m surprised the Black Hood has made it to ‘season two,'” said Swierczynski. “Not the comic book… I mean poor Greg Hettinger himself. He’s been put through the Black & Decker Funhouse of Pain (TM) in the first ten issues, losing pretty much everything. But that will be a stroll through a field of daisies compared to what Greg Scott and I have in store for him.”

Scott emphasized the realistic tone of the book, saying, “My goal is always to make the story look like it’s happening right around the corner.” 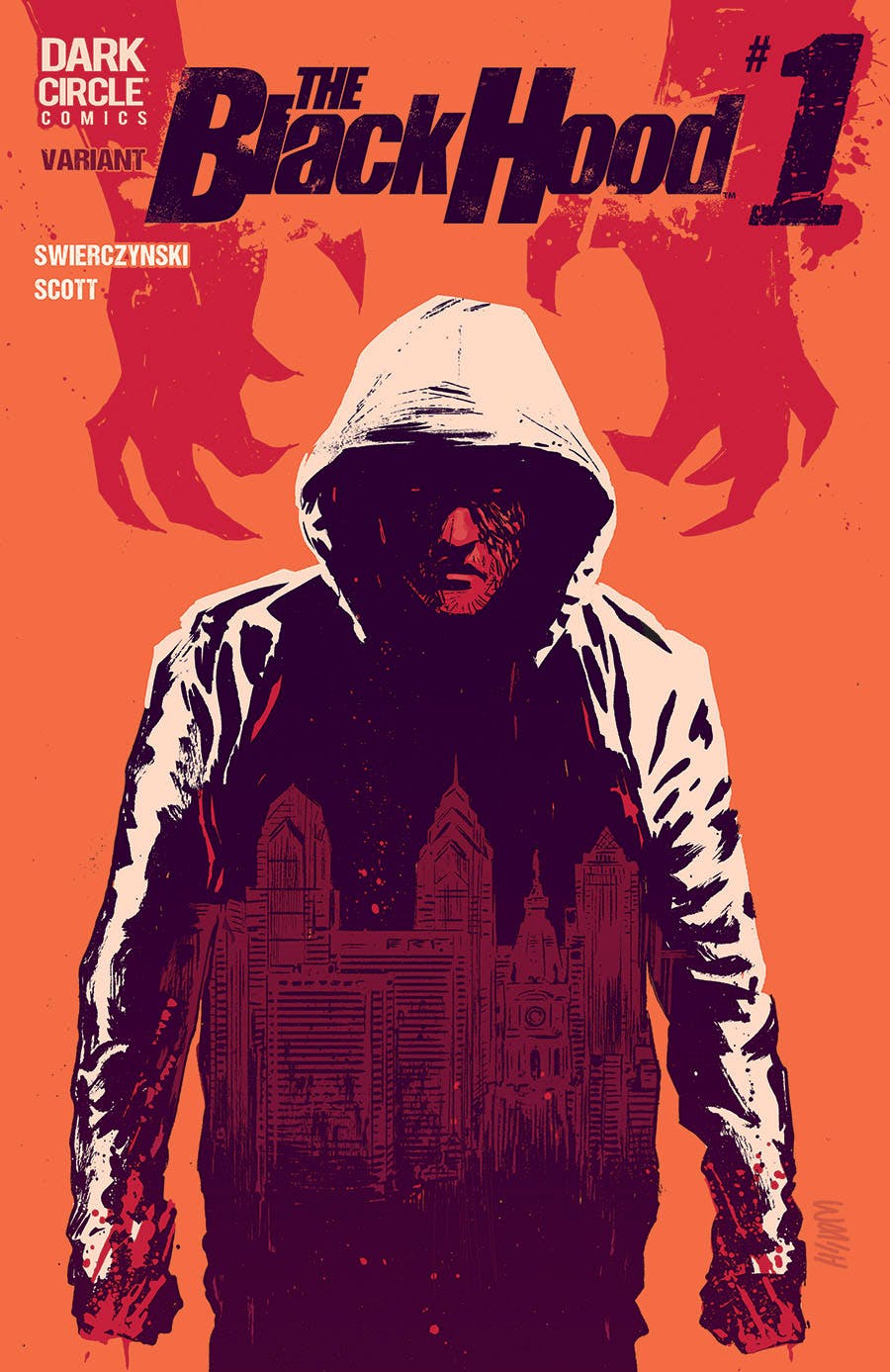 “From the beginning, Duane and I have looked at the Black Hood in the context of some of our favorite cable shows,” said Dark Circle editor Alex Segura. “Breaking Bad, Better Call Saul and The Americans.” Since Swierczynski is best known for his crime writing—both fiction and nonfiction—that certainly makes sense for this type of violent, hardboiled crime story.

The Black Hood #1 will be published on September 1.