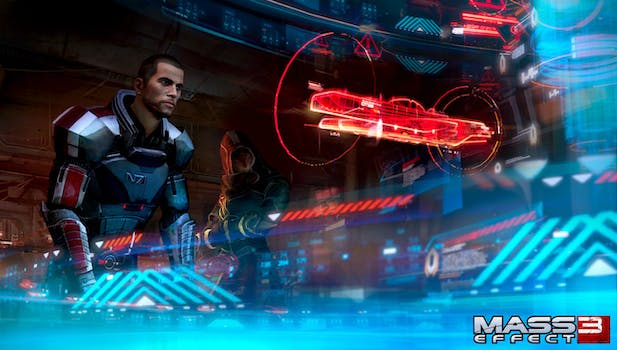 Will BioWare celebrate N7 day with news on Mass Effect 4?

We'll just have to wait and see.

When you’re starving, crumbs taste mighty delicious. Even if BioWare only has crumbs to share this afternoon about the next Mass Effect game, fans will gobble them up.

Today is N7 day, the day that developer BioWare celebrates the Mass Effect series. N7 is the military rank of series hero, Commander Shepard. For its main N7 day festivities, BioWare is holding a developer roundtable this afternoon, starting at 1pm EST, on its Twitch channel. The expectation is that BioWare will have something to say about Mass Effect 4, which was first teased at E3 this summer.

BioWare’s GM of its Edmonton and Montreal (read: primary) studios, Aaryn Flynn, was also making noise on NeoGAF about what fans might want in a remastered version of the original Mass Effect trilogy, but of course he’s not saying BioWare is actually going to make such a thing.

Looking forward to #N7Day14! Unfortunately we have no news about the Mass Effect Trilogy coming to new consoles. When we do we’ll share ASAP

Dragon Age fans, BioWare’s first huge and fanatical audience, are salivating over Dragon Age: Inquisition, which will be released on Nov. 18. Mass Effect fans, on the other hand, are looking over a distant horizon at Mass Effect 4, about which gamers know practically nothing. If you’re hoping BioWare will rectify that situation in a few hours, you can watch the developer roundtable here.