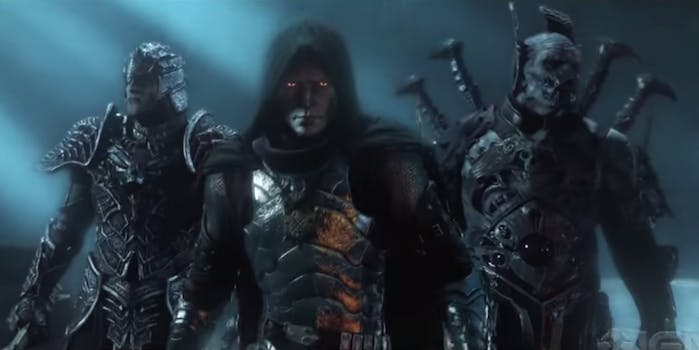 These games are well worth the discounted costs during the summer Steam sale.

Steam’s summer sale starts today, at that means you’re probably about to drop a bunch of money on great game deals.

But before you pull out your wallet, it’s worth finding out what deals are actually worth paying attention to. Below is a list of our recommendations for games worth getting during this event.

1) South Park: The Stick of Truth

If you’re not a fan of the television show, it’s safe to say you won’t enjoy this game. But if you’re amused by the antics of the potty-mouthed characters in this award-winning series, then this title is for you.

This hilarious adventure will keep you guessing over to what creators Matt Stone and Trey Parker will think of next, and the simple but engaging gameplay takes you through the carefully replicated world that fans of the show will easily recognize. The game came out back in 2014, but at $7.49 it’s well worth the price if you haven’t tried it yet.

The nemesis system alone makes Shadow of Mordor worthy of your time. There is a hierarchy of orcs to fight, and as long as you don’t lose, you can kill all of the captains and generals. Fair warning: There is no guarantee you’ll actually killed them. Enemies can be brought back, and the weakness you exploited to kill them in the first place will no longer be effective.

This game encourages rapt attention to detail, and the beautiful graphics are always rewarding. Lord of the Rings fans will, of course, be delighted by the return to Middle-earth, but whether you like the fantasy series or not, this game is a steal at the low, low sale price of $4.

Fallout fans have no shortage of excellent games to play, between the complex primary storylines, interesting sidequests, and the multitude of expansion packs Bethesda has provided.

New Vegas has long been a favorite of the series. Though the price has gradually dropped in the six years it has been out, it’s still not bargain-bin cheap. (Even Walmart is charging almost $13 for it.) But during the Steam sale, you can get that classic Fallout action with a Vegas-style twist for just $2.49. It’d almost be a shame not to buy it.

With enchanting graphics and larger-than-life characters, not to mention weapons—here’s looking at you Cloud—this franchise boasts some of the most-anticipated releases of their respective years.

These genre-defining games are a must-play for any gamer, so if you haven’t played at least a few of these games, you’re missing out. These are turn-based RPGs with well-developed storylines and intriguing villains.

Almost every game in the series is on sale, and with a few exceptions, they’re all under $10 each.

5) All things Call of Duty

The Call of Duty games have been wildly popular for years, and with each new release, they gain more fans.

A superstar among war games, this franchise plunges players into the world of combat through history in several different eras.

The sales on this franchise are less enticing than many of the others, if only because these massively popular games are still so expensive that even at 50 percent off they’re not cheap. Compared to the original prices, however, they are an absolute steal.

These are not the only releases worth looking at during this sale—we didn’t even touch on the movies or hardware that are also massively discounted—but if you don’t know where to start, you’d be safe with any of the above.