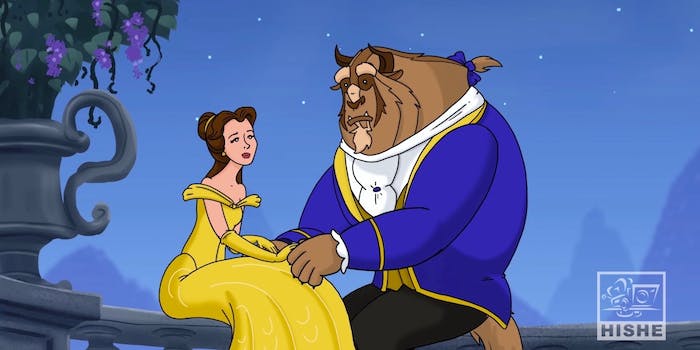 How Disney’s original ‘Beauty and the Beast’ should have ended

That's... not as romantic as we remember.

As many fans who adored Beauty and the Beast as children have realized in recent years, the Disney classic is pretty flawed. But as How It Should Have Ended pointed out, the character choices aren’t the only things standing in its way.

If we really look at it, part of the story doesn’t make much sense. How old was the Beast—whose name is never really said in the film—when he met the Enchantress? The curse could’ve been lifted a lot faster with some manners, and even if those weren’t in place there’s no tangible way the Beast would’ve survived all of his flesh wounds.

And those looking for that feminist critique? They’ve got you covered, and it’ll have you looking at “Be Our Guest” much differently in the process.