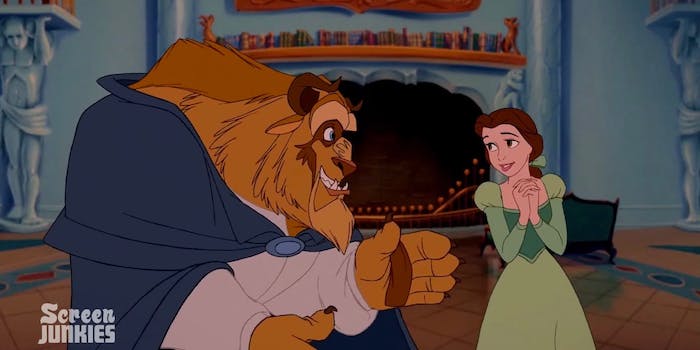 If the Beast earned the curse, why did all of his servants get deformed too?

As Beauty and the Beast debuts in theaters this week, Screen Junkies joins those looking back at the 1991 film to bring up some of the things we never thought of when we first saw it—and many we did.

For one, was it really necessary for all of the servants to be turned into household items with the Enchantress’ curse? We still don’t know the extent of how much of the furniture is cursed (tho many emerged to attack the villagers) and the songs are a lot more on the nose.

Also, along with the Stockholm Syndrome comparisons, the romance doesn’t work quite as well once you realize how similar the Beast and Gaston really are.