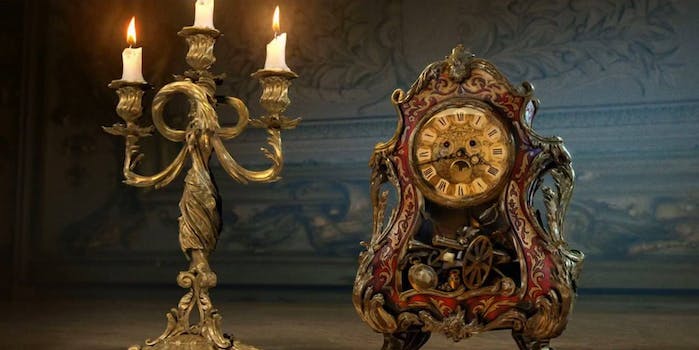 Disney nostalgia is coming to a theater near you. With a smattering of live action re-relases, it’s only a matter of time before the likes of Winnie the Pooh and the Jungle Book captivate new audiences and delight old fans. If forthcoming film Beauty and the Beast is any indication, Disney’s doing some spectacular stuff with its classics.

On Friday morning, producer Jack Morrissey released concept art and photos from filming on Facebook, adding to an album dedicated to the film that he has continued to update.

Fans got a glimpse of those images the day prior, however. Twitter user @maconodom shared them. They allegedly came from a Beauty and the Beast 25th anniversary bonus menu that has since been removed.

Beauty and the Beast is due out March 17 of next year and stars Emma Watson as Belle.