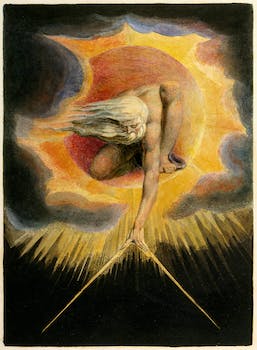 Beloved fantasy trilogy ‘His Dark Materials’ is getting adapted for TV

The BBC is probably a far better home for 'His Dark Materials' than Hollywood ever was.

Philip Pullman’s beloved His Dark Materials novels are getting another screen adaptation, this time from the BBC.

The first book in the trilogy, The Golden Compass (titled Northern Lights internationally), became a movie in 2007, but its sequels were cancelled due to financial concerns—or, according to actor Sam Elliot, pressure from the Catholic Church.

His Dark Materials is one of the most iconic works of children’s literature in recent memory, second only to Harry Potter in the minds of many fans and critics. Beginning as a quasi-Victorian fantasy adventure about a young girl named Lyra, the trilogy gradually expands into an epic tale spanning parallel universes and tackling complex moral and emotional themes.

The BBC’s new adaptation will begin with an eight-part TV series, following in the footsteps of the excellent Jonathan Strange and Mr Norrell miniseries this year. BBC executives Jane Tranter and Julie Gardner will be taking charge of the production, with input from Philip Pullman as co-executive producer.

Tranter hopes the series will capture the audience’s imagination for “many episodes and seasons” to come.

In the press announcement, Pullman said, “It’s been a constant source of pleasure to me to see this story adapted to different forms and presented in different media. It’s been a radio play, a stage play, a film, an audiobook, a graphic novel — and now comes this version for television.”

While the Golden Compass movie is generally seen as a disappointment, fans have plenty of reason to be optimistic about the new adaptation. Many of the film’s problems were linked to its status as a big-budget Hollywood feature, which resulted in the filmmakers sidelining the book’s darker themes and critical depiction of organized religion. In a lower-budget British TV series, this is less of a concern.

Perhaps most importantly, the BBC is adapting all three novels as one series, so there’s no chance of the story being left unfinished once again.

Correction: The adaptation will not be a miniseries.