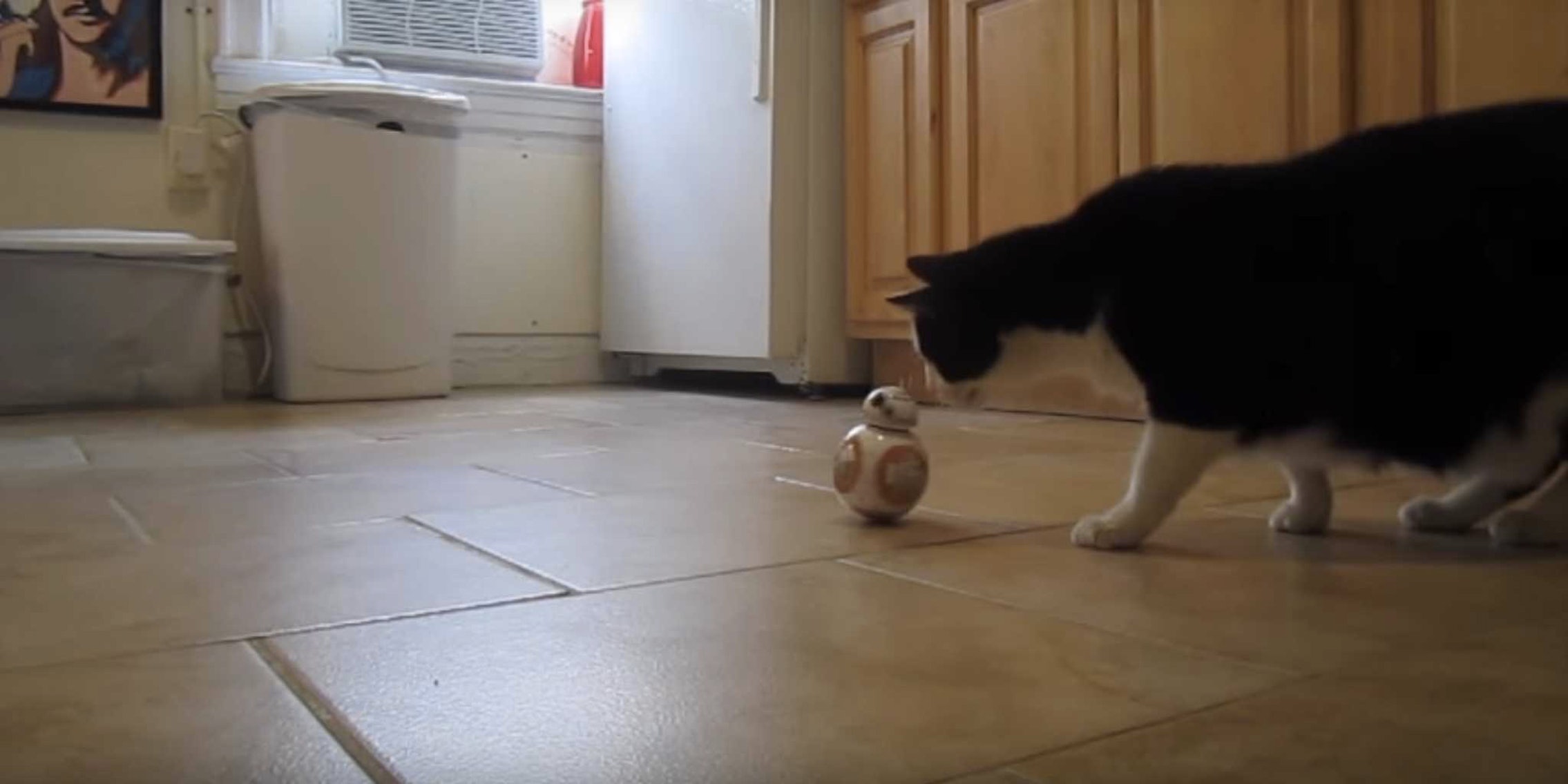 Dogs and cats are feeling a great disturbance in the foyer.

Ever since its appearance in early teasers for Star Wars: The Force Awakens, a rolling droid called BB-8 has been a fan favorite. This week, fans finally got the chance to buy the phone-controlled toy version for the tidy sum of $149.99.

And while some buyers were no doubt thrilled to have a piece of a forthcoming movie they hope can resuscitate their beloved space-opera franchise, many had sinister designs. Turns out Star Wars devotees are pretty sadistic, as a rule.

I don't care how much it costs, I'm buying that BB-8 droid and tormenting my cat with it.

Well, this ought to be good. Let’s see how pets handled their new playmate:

Eventually, it seems, some furry companions were willing to make a truce with the strange device.

Any dark Jedi would have to think twice before tangling with that duo.