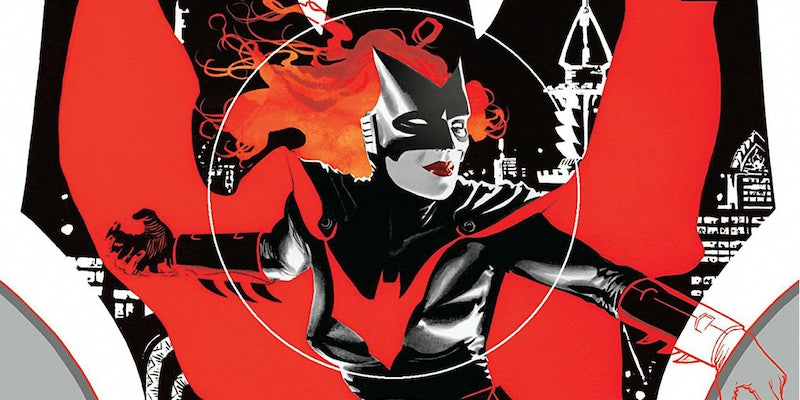 The Arrowverse—the name for the shared universe of the CW’s superhero shows—may get even bigger with a Batwoman show reported being in the works on Tuesday after the character was already confirmed for an upcoming crossover.

Caroline Dries (The Vampire Diaries, Smallville) will write the show and serve as an executive producer alongside Greg Berlanti (who’s responsible for other DC shows like Arrow, The Flash, Supergirl, and Legends of Tomorrow). The show’s description, courtesy of the Hollywood Reporter, will embrace many of the aspects of Kate Kane, the secret identity of Batwoman, whose iteration was first introduced in 2006, from the comics including her sexuality.

Batwoman revolves around Kate Kane, who, armed with a passion for social justice and a flair for speaking her mind, Kate Kane soars onto the streets of Gotham as Batwoman, an out lesbian and highly trained street fighter primed to snuff out the failing city’s criminal resurgence. But don’t call her a hero yet. In a city desperate for a savior, Kate must overcome her own demons before embracing the call to be Gotham’s symbol of hope.

Batwoman is already slated to debut on the CW this upcoming season during the network’s annual Arrowverse crossover in December, and the actress cast as Batwoman in the crossover would also star in Batwoman; according to TVLine, the CW is looking to cast a lesbian actress for the role.

If Batwoman is picked up to series by the CW, it would mark the first superhero live-action series with an LGBTQ lead. Although the Arrowverse has several LGBTQ characters across many of its shows, that has yet to extend to lead characters. Freedom Fighters: The Ray, an animated series on CW Seed, featured a gay lead while John Constantine, who had his own short-lived series on NBC before crossing over to the Arrowverse, had his sexuality omitted from on-screen portrayals until his guest stint on Legends of Tomorrow.