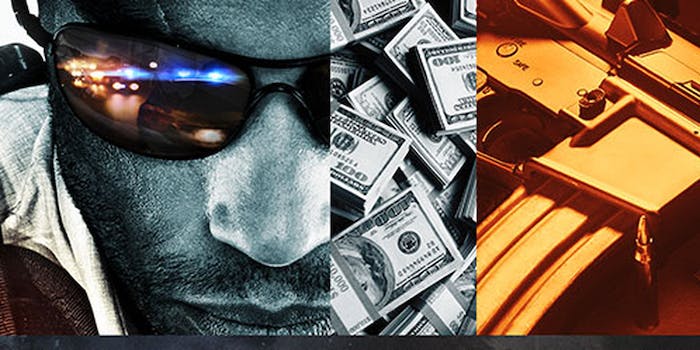 The new title seems to be leaving behind the franchise's past, focusing on law enforcement rather than the military.

There’s a new Battlefield game on the way, although it’s not exactly set on a battlefield. In a trailer leaked online long before the official reveal set for June, we see the newest addition to the franchise will place players in history’s favourite conflict: cops vs robbers.

Taking inspiration from the wild success of games like Pay Day 2, and the catastrophic failure of Battlefield 4, the game’s multiplayer has been revolutionized and is now based around scenarios like heists and car chases.

The single player, which was also revealed in the trailer, revolves around missions structured as episodes drawing “influence from popular television cop dramas.” Including cliffhangers and an “all star cast and crew” from Justified, The Americans, and House of Cards. Much like another recent game reveal.

With development lead reportedly being taken by EA’s Visceral studio (with an assist from the team behind Need for Speed Raids) and not the DICE division, the game is in truly new hands. Also apparently helping Visceral are Ghost Games,. More news about Battlefield Hardline will likely come our way with E3. Is this the new start the series needed, or the beginning of the end?