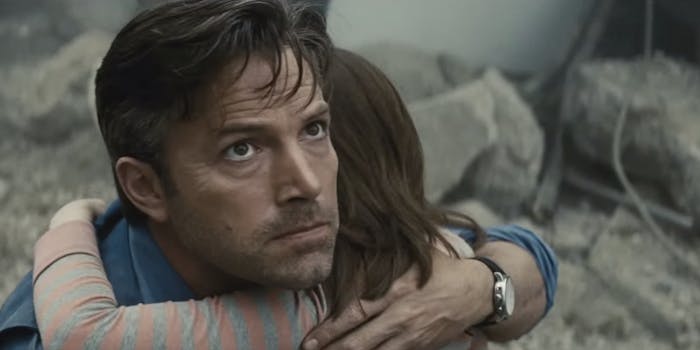 You gotta pay the troll toll.

Batman v. Superman looks to be as dark and gritty as the trailers suggest without adding much of substance to the superhero genre, but maybe inserting some showstopping tunes might change all that.

Someone edited together BvS footage with the iconic songs from The Nightman Cometh, Charlie’s terrible musical from It’s Always Sunny in Philadelphia, and honestly, it works much better than anyone could have predicted.

The Dayman is still the fighter of the Nightman, they’re both left in a world of darkness, and they’re both competing for…something. Wonder Woman might be involved somehow. Just roll with it.

It’s all the fun of the original Nightman musical without the incest, disturbing mumbled lyrics from Danny DeVito, and convoluted attempts to win the heart of the Waitress.