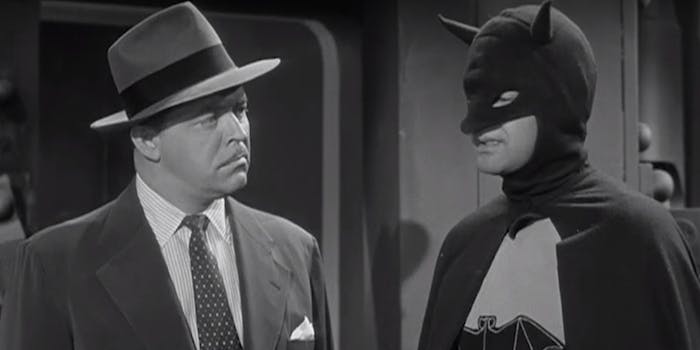 If nothing else, it's less depressing than whatever Zack Snyder is working on.

Compared to the grim mega-franchise violence of Zack Snyder‘s real Batman v Superman, we’re kind of charmed by this vision of a simpler time, when the most horrifying plot-twist was Superman going bananas and pushing someone’s car off a cliff. Luckily, a floppy-eared Batman is here to save the day.