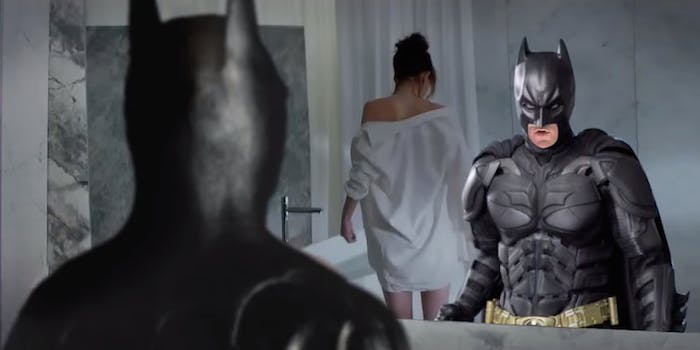 We’ve seen our share of Fifty Shades of Grey mashups now that the movie is out, but putting Anastasia Steele in bed with the Dark Knight might be the most accurate interpretation yet.

As the mashup trailer for “Fifty Shades of Wayne” reveals, Bruce Wayne and Christian Grey have a lot in common. Their secrets couldn’t be more different, but almost everything else lines up.

Grey and Wayne are both elusive billionaires leading major corporations bearing their names (followed by “Industries”). Both of their corporate goings-on fall by the wayside as their stories spend more time focusing on the men’s secrets. Lastly, of course, both men have locked rooms hiding all of their secrets and major parental issues fueling their present mindsets.

Just give Batman a proper whip and he’s ready to go.