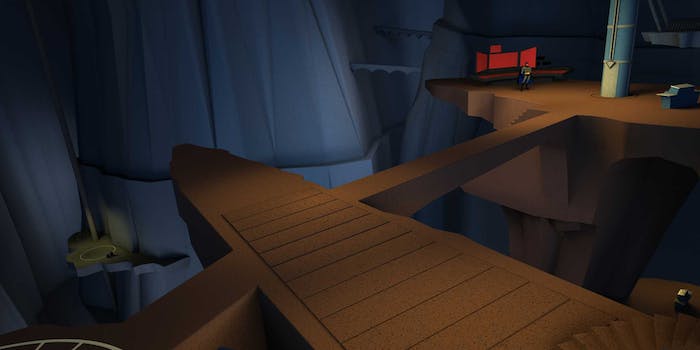 Live your dream of being Batman with this virtual reality Batcave

The hero's hangout from the Animated Series can be yours.

At some point, probably all of us have dreamed of being Batman. Not the parents get murdered part, but the cool gadgets superhero part.

Now that dream is closer reality with the help of an Oculus Rift or Samsung Gear headset. Warner Bros. and developer OTOY will release a virtual reality Batcave where you can hang out and plot how you’re going to defeat the bad guys. And this isn’t just any Batcave—it’s Bruce Timm’s Animated Series Batcave.

The interactive experience is set to launch later this year. First for the ORBX app for the Samsung Gear VR headset, and later for Oculus Rift when the first consumer model is available for purchase, possibly as early as Summer 2015.