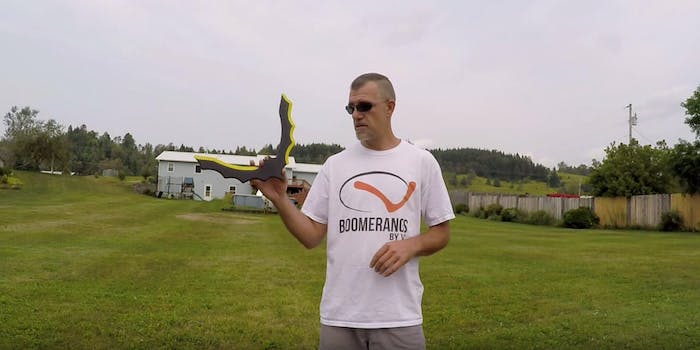 You can buy a working Batarang from this geek boomerang craftsman

These replica batarangs come back when you throw them, just like a regular boomerang.

Batarangs are real, and there’s nothing stopping you from buying one right now.

Boomerang craftsman Vic Poulin (and yes, apparently “boomerang craftsman” is a totally legit career) mostly makes traditional boomerangs, but we found him via his YouTube videos of batarang replicas. They’re pretty impressive, and immediately made us want to spend a sunny afternoon throwing batarangs into the sky.

If anything, his batarangs may be more fun than the version we see in the movies, because they actually return like a normal boomerang when you thrown them in the air. In most modern Batman adaptations, batarangs are more like bat-shaped shuriken or throwing stars.

Since we don’t want to accidentally murder anyone, the (slightly) safer wooden boomerang option seems like a better choice. 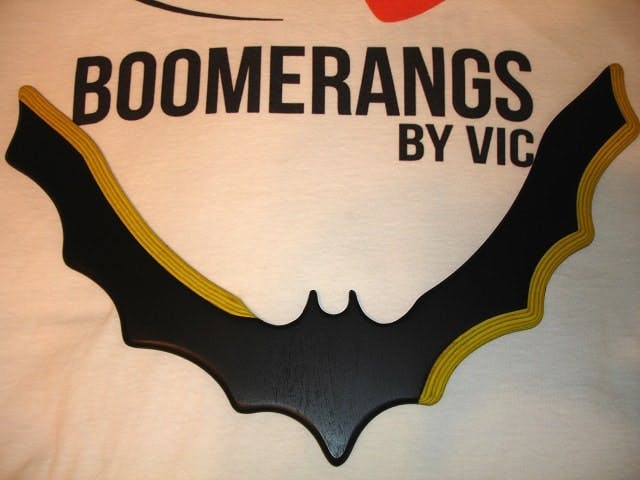 We had no idea that geek boomerangs were a thing, but considering the number of replica swords and guns on offer, it totally makes sense. Poulin also sells working versions of Sokka’s boomerang from Avatar: The Last Airbender, because let’s face it, there aren’t a whole lot of famous movie boomerangs to choose from.

We’d love it if he built Xena’s circular Chakram blade next, although to be fair the original version may not technically obey the laws of physics.