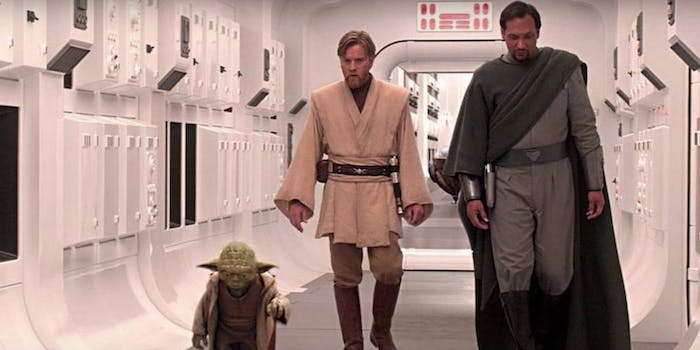 Jimmy Smits will return as Bail Organa in ‘Rogue One: A Star Wars Story’

The actor confirmed the cameo on the Talk.

Star Wars fans will be psyched to hear that one of the franchise’s classic characters will return in the upcoming Rogue One, due out Dec. 16.

While on the Talk, actor Jimmy Smits confirmed that he’ll be making a cameo as Bail Organa. Smits played the First Chairman and Princess Leia’s adoptive father in Attack of the Clones and Revenge of the Sith. He ultimately met his maker when the Death Star destroyed Alderaan. But thanks to Rogue One taking place before the timeline of the original movies, he’ll be back.

It’s unclear how big of a role Organa will be in the film, but we’re guessing nothing major since Smits joked, “Can you say the words ‘small part?'”

But for diehard Star Wars fan who loved the OG characters, a small part is better than nothing.

SEE ALSO: I watched every ‘Star Wars’ movie in one sitting: