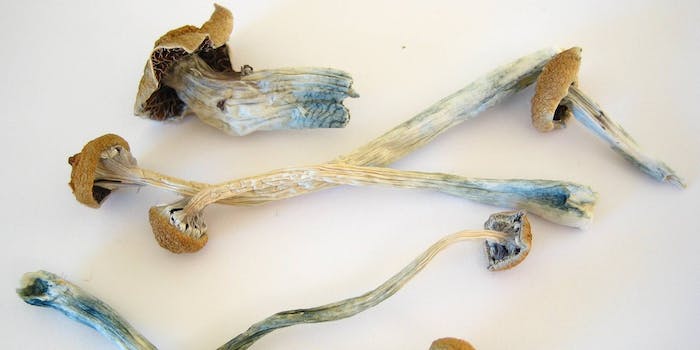 A recent survey suggests some people can transform a bad trip into a formative experience.

When most people ingest illicit drugs, the goal is to feel good. But sometimes things go wrong and you have a bad trip. A new study now suggests that a bad trip might not be so bad.

Researchers surveyed nearly 2,000 people who had experimented with psilocybin, or magic mushrooms, and asked them about their most psychologically difficult trip. Bad trips are no joke, according to the study. Sixty-two percent of the respondents said that it was among the top 10 most difficult experiences in their lives. The results appeared in the Journal of Psychopharmacology.

But around a third of the respondents said that their worst trip was also among their top five most meaningful experiences. A whopping 71 percent said that it left them feeling more satisfied with their lives.

However, that doesn’t mean that bad trips are a desirable experience. Eleven percent of the respondents said they put themselves in harm’s way during the trip, and a small percentage said they even became violent.

Moreover, the respondents were all experienced drug users who the researchers found on online forums for psychedelic enthusiasts like Erowid and Bluelight. So clearly the survey missed people who may have had bad experiences and never tried shrooms again.

But the survey says that, at least for experience drug users, a bad trip might not be the end of the world, but a door into a new one.